THE WORLD IS CHANGING… AND US WITH IT! 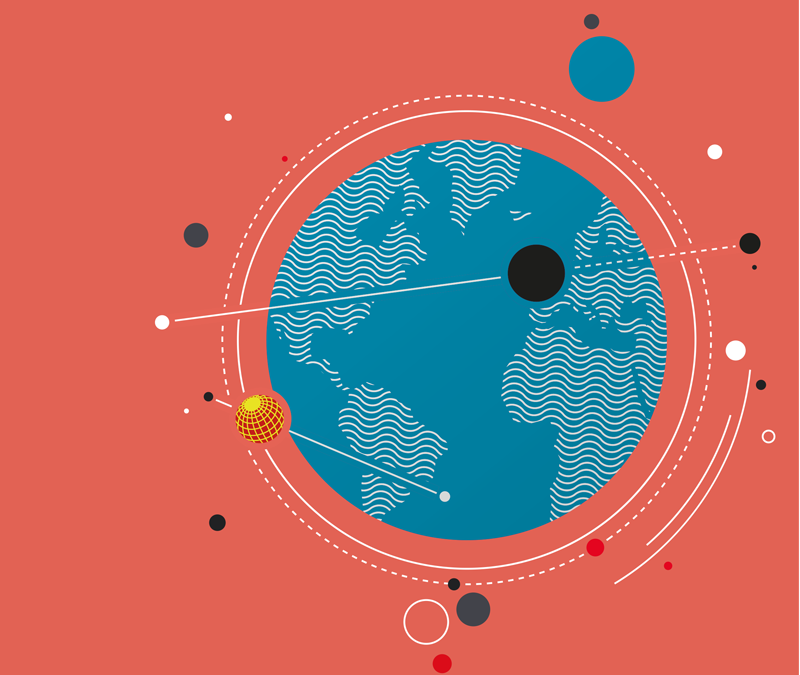 Over the last 25 years we have witnessed countless events that, in one way or another, will remain forever in the collective memory. Some of these transformations, also visible in our company, have been documented, sometimes with visionary skill, through the pages of The World of MAPFRE.

When this magazine was starting out, way back in 1993, many things which have become commonplace today did not even exist. In parallel to the birth of our corporate publication, we were enthusiastically facing the early years of the last decade of the 20th century, when the dizzying pace of technological innovations was strongly impacting the way we communicated and did business. Issue after issue, through its people and projects, the company has always been the main protagonist of these pages. But our magazine has also served to reflect the ever-changing reality and report on truly historic events. There was no room for many others, but they remained in our collective memory and, in some cases, also influenced what we are today.

The 1990s will be remembered, among other things, for being the decade that brought about the end of apartheid and the Cold War, Dolly, the first cloned animal, or the economic boom (and subsequent bust) of the dotcoms. 1992, the year prior to our launch, was very special for Spain, given the magnitude of events such as the Olympics in Barcelona, the Universal Exposition in Seville, Madrid chosen as European Capital of Culture, or the 500 years of history shared by America and Europe. Given its origins and its mission to form part of the development of those societies in which it operates, MAPFRE was closely involved in these celebrations. Today, there are still symbols that remind us of all this, like the MAPFRE Tower in the Olympic Village (one of the tallest skyscrapers in Spain) or the Barqueta bridge in the Andalusian capital, whose construction we sponsored. As well as managing the insurance policies for all the workers and pavilions at the Expo, MAPFRE had its own day on the calendar of celebrations. The initial pages of The World of MAPFRE reflected the events of that special day attended by numerous guests. 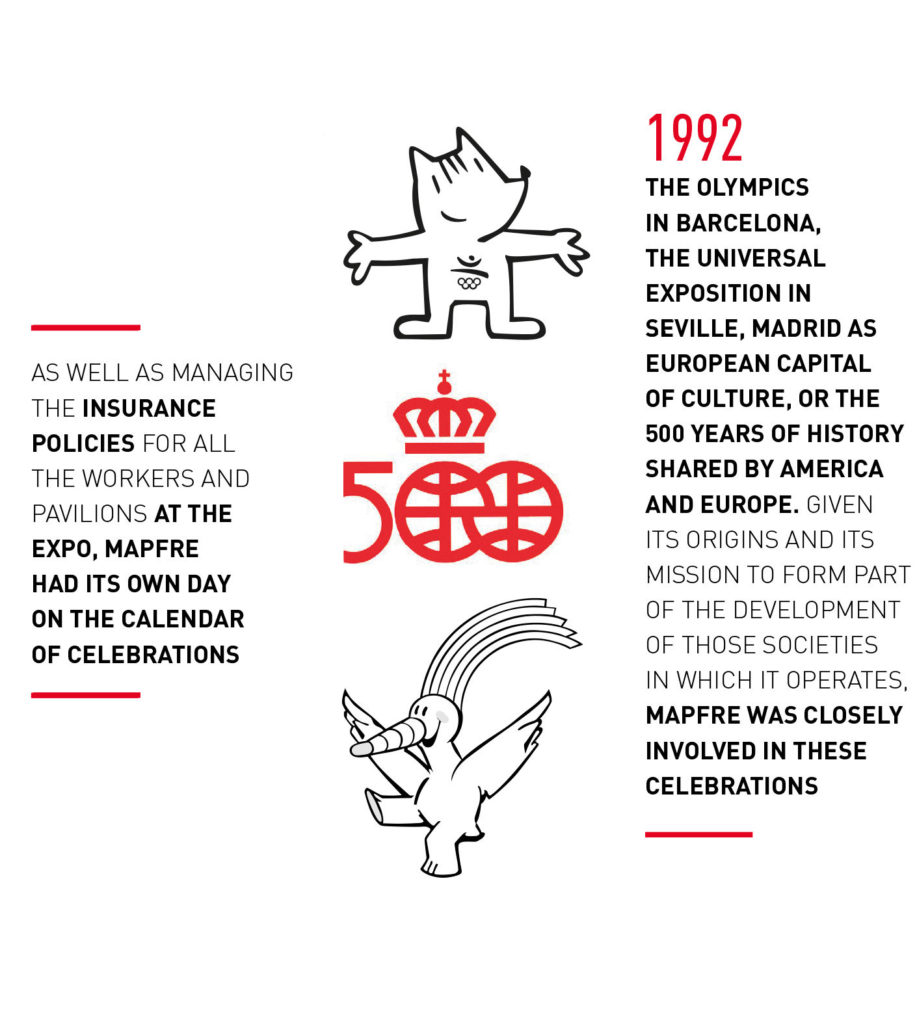 At that time, Europe was continuing with its – forever unfinished – construction process, with landmark events such as the implementation of the Maastricht Treaty in 1993 (one of the founding documents of the current Union), or the introduction of the European driving license, which was reported on in our second issue, in April that same year. That same issue also devoted several pages to the Year of St. James (or Santiago), which decidedly revitalized the Camino de Santiago route, making it once again the focus of interest for pilgrims from all over the world. The launch into the Ariane IV rocket (carrying the Spanish communications satellite Hispasat 1B), or the retirement of Michael Jordan from professional basketball were also news around those dates.

As for those we lost, in the 1990s we bid farewell to iconic personalities such as rock singer Freddie Mercury in 1991, the Formula 1 world champion Ayrton Senna in 1994, Princess Diana of Wales and Mother Teresa of Calcutta in 1997, or the movie director Stanley Kubrick in 1999.

CONNECTED TURN OF THE CENTURY

Although it had been around for a while, in the mid-1990s a new technological resource entered our lives for good. The article “Internet, tangled up in the Web”, published in issue number 16 of The World of MAPFRE (October 1996), outlined its main virtues and predicted the end of traditional mail and landline telephones within 10 years. The piece included useful information such as a list of nine public Internet access points all over the world, or a calculation of how much it would cost to install at home. New concepts appeared for the first time, such as intranet, defined in our publication as “an Internet-related technology whereby information can be disseminated internally throughout the company.” Around that same time, there was also much talk of the dreaded ‘Millennium bug’ which predicted widespread chaos, as nobody knew whether the operating systems would recognize the year 2000 or return to 1900. In the end, it was just a scare.
With regard to the environment, while news on this subject has been increasing exponentially in recent years, way back in 1998 our publication was already warning that “climate change is not science fiction” (No. 21, January 1998), predictions which, unfortunately, have been far exceeded. In the economic field, at the end of the decade the use of a single currency was defined for 11 European countries. Although it would not come into circulation until 2002, the Euro was born in 1999. We wrote about this question in No. 27 that year.

CHALLENGES IN THE NEW CENTURY

But, if there was one event that marked a turning point in the recent history of the human race, this was undoubtedly 9/11. The tragic terrorist attacks in September 2001 in the United States created a whole new scenario in the globalized world, with changes in the economy, international relations, security and, of course, also in the field of insurance. This was well reflected in an extensive report on this subject that we published in the fourth quarter of that year, in issue No. 35.

Among so many other milestones, as well as the war in Iraq, the first decade of the 21st century also saw the rise of China as a world power, the sequencing of the human genome, or the arrival in the White House of Barack Obama, the first African-American president of the United States. On the social front, we massively adopted new forms of consumption thanks to the Internet: we were buying in a different way, listening to music in a different way, watching television in a different way, as well as communicating and building relationships in a different way also, thanks to the social networks, to which our company was also firmly committed. We were facing a great deal of difficulties and challenges (economic, demographic, ecological, etc.) which had to be addressed by seeking a balance between our needs and those of the planet, while discovering that technology is a fine ally. When, in 2010, issue No. 69 of The World of MAPFRE bore the title “Digitization is Here” and we started talking about concepts such as “virtual medicine”, we probably did not envisage the true magnitude projects such as today’s Digital Health would reach, nor the leading role the new channels would play in our business.

This magazine is celebrating 25 years with all areas of society fully immersed in a transformation process which will lead us to a future that, while uncertain, we imagine will be better. A future we hope to continue relating over the next 25.