To be or not to be… AGILE 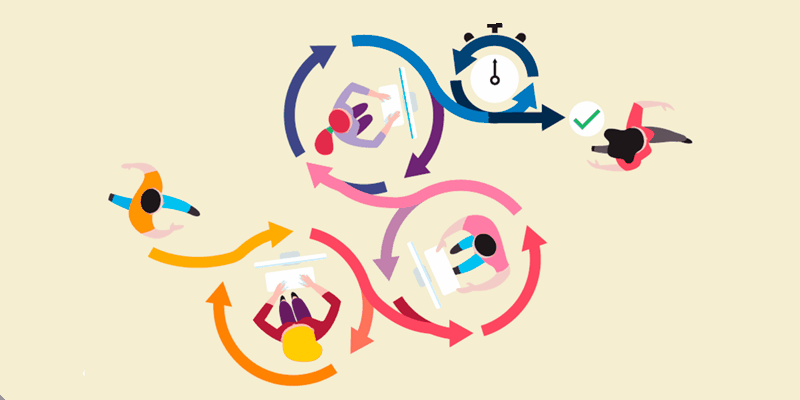 Fernando Cano, head of the technology team, presents us with the first winning article of the Agile Challenge: “Agile is not just a framework or process; in order to be agile, we must manage to be innovative and embrace change; we must understand it as a process that is distinct from the traditional approach, with continuous enhancements and greater discipline, fluid communication and constant improvement… In this first winning article of the Agile Challenge we will see several concepts, terminology, their relationship with digital transformation and the experience of applying them to your project. In short, it answers To be Agile or not to be Agile?

The world in which we find ourselves today is characterized by volatility, uncertainty, complexity and ambiguity. Given this scenario, organizations are constantly adapting in the face of this changing reality.

Most companies nowadays find themselves immersed in a transformation process that leads to them acquiring a capacity for adaptation, with technology playing a leading role in the vast majority of cases. As a result, the hackneyed expression DIGITAL TRANSFORMATION is splashed across the strategic plans and/or project portfolios of any reputable company worth its salt.

Within this transformation race, we witness the emergence of behaviors that can lead to successfully achieving it. We need look no further than our own organization, where the term be agile is defined as one of the three behaviors it has been determined we, as employees, must focus on.

But… what exactly is “AGILE”? Is it an innovative methodology that can solve all our problems? Without fear of contradiction, we can say that it is not a methodology, nor is it so innovative; nor, of course, can it resolve all the organizational challenges that may exist. Nonetheless: Agile is a philosophy born out of a manifesto developed by seventeen software professionals on the basis of four key values, with the aim of simplifying communication and accelerating the delivery of a product by granting priority to:

Being agile is NOT necessarily going to be swifter or cheaper. Being agile IS going to generate value, generating it as soon as possible, in a sustained manner, placing your client at the center of your decisions.

Being agile is NOT only about using SCRUM (software development), nor is using SCRUM necessarily about being agile.

Being agile is NOT about drafting detailed planning at the start of a long-term project, when there will undoubtedly be many unknowns to resolve along the way. Being agile IS about embracing the pace of innovation and change, understanding it as part of the uncertain reality in which we move.

There is nothing more certain and unchanging than uncertainty and change
John F. Kennedy 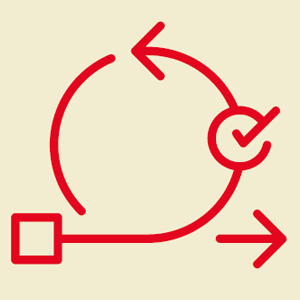 Being AGILE is about embracing the pace of innovation and change, understanding it as part of the uncertain reality in which we move.

Being agile is NOT about following a new methodology, duly complying with all the events, roles and artifacts it describes. Being agile IS about living on a daily basis with values such as respect, commitment, focus, candor or courage. This is a challenge that, to say the least, is demanding for any person, employee and/or team wishing to experience it.

Being agile is NOT about naming things differently, perhaps in another language because it sounds better. Being agile IS about a change of mentality that affects the way each person works in the organization. This is because, if the focus was solely about replacing the traditional way of doing things with another more agile way, this would definitely lead to failure and, in addition, the greatest skeptics would have identified the cause of the failure: “Being agile does not work”. Indeed, it would be highly complicated for it to work well in any organization unless it is clearly understood that it calls for a change of mentality by one and all. The people involved are the ones who will determine whether or not it is feasible, depending on the transformational process they are capable of undertaking.

Being agile is NOT about climbing on the trendy bandwagon and copying the Spotify methodology or any other, just because others use it. Being agile IS about understanding what kind of company you are, where you are and, on the basis of a work framework, exploring the possibilities of learning, evolution and adaptability of the company.

Should you wish to copy an existing model, you risk falling into the so-called ‘cargo cult’, a ritual practice adopted by the population of the small South Pacific island nation of Vanuatu in the 1940s, after the arrival of U.S. soldiers on their islands by air and sea. The Marines established a base on the archipelago during the Second World War. To do so, they recruited the natives as a labor force for the construction of hangars, airstrips, roads, bridges, etc. But what the natives found most striking was what Americans called ‘cargo’, something they interpreted as the generosity of heaven and their gods for returning to their ancient rituals. Cargo referred to all the supplies received in boxes filled with clothes, tents, weapons, tools, canned foods, medicines, Coca-Cola, etc. that the planes brought in their huge bellies.

As suddenly as they had arrived, and without prior warning, the Americans left and no more supplies arrived from heaven. The natives believed there was no problem; they had been observing the Americans with their convocation rituals to ensure the gifts arrived from heaven and they simply copied those rituals: they cleared the way for landing strips, built a wooden control tower and bamboo antennas, and stood on the runway mimicking the landing signals the Americans had waved when aircraft arrived. The surprise for them, as you can imagine, came when they confirmed that, although they had precisely modeled the practices of the Americans, they were unable to make any ‘divine’ cargo fall from the sky.

And for you, what does being agile mean? Do you prefer to do agile or be agile? Where do we start?

Cristina Pérez Carretero, a member of the team implementing the Agile methodology, tells us that “the community is helping us to share and disseminate this methodology and its fundamental principles. As for the challenges, tests and gamification, they are proving to be ideal, useful, agile, dynamic tools for propagating and sharing such knowledge.” 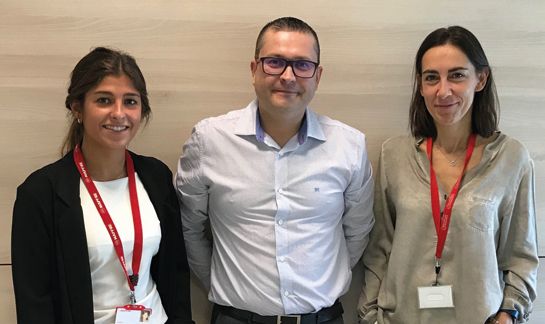 Last May the communities – the virtual collaborative spaces for interacting with other people – of the Agile and Architecture methodologies kicked off a set of challenges in ARQUIAGILE.

What does this entail? They are a series of tests (challenges), for which no previous knowledge is required. The idea is to pursue a goal to be achieved, putting your agility to the test in order to gain further insight, share and boost the knowledge we possess here in MAPFRE on topics related to Agile and Architecture. Both communities firmly believe they can manage to contribute enriching expertise and know-how.

One of the challenges consisted in writing an original, unpublished article, applicable to MAPFRE, on Agile methodology.

THE COMMUNITIES ARE KEY IN #RETODIGITAL

For the team that develops the global intranet, communities are a fundamental part of the digital transformation, as they facilitate teamwork and knowledge management. They make it possible – as in the case of the Agile community – to pose questions to a whole range of experts, resolve doubts and expand knowledge on a specific subject. They offer participants greater agility, providing them with peripheral vision of, for example, a project and its tasks, as they centralize discussions and documentation in a single space, thus reducing the excessive use of email.

However, not everything is rosy… A change of behavior has always involved some effort, and communities were not going to be an exception. From the initiative, we believe in the benefits it offers, as regards improved productivity and efficiency in the workplace. Evolving and continuing to grow is everyone’s responsibility. Can we count on you? If you want to know more about this, do not hesitate to visit the ANE blog on the global intranet.