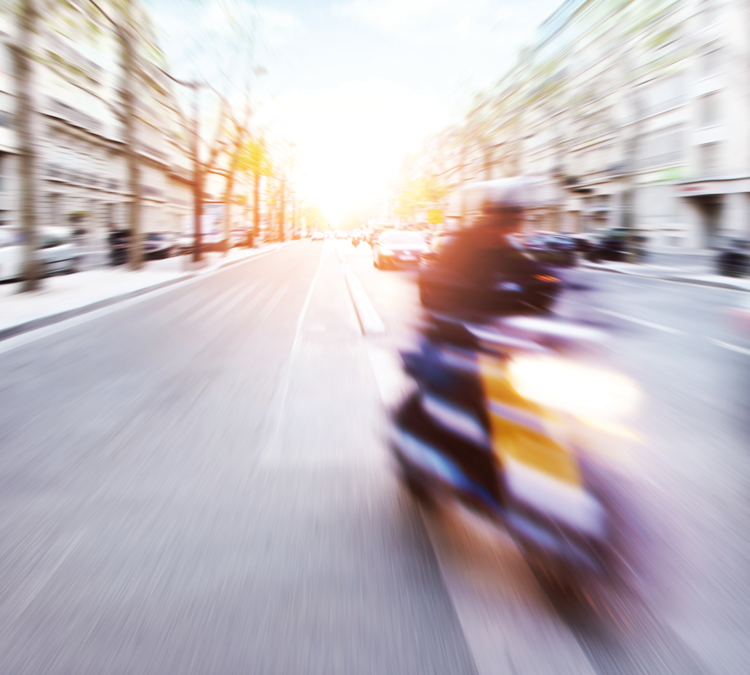 The motorcycle has become an important means of transport in Latin America. But it is also a vehicle that produces thousands of injuries and fatalities each year. Those riding motorcycles and bicycles are the least protected of all road users. A Fundación MAPFRE report provides the keys to curbing the high accident rate.

In Latin America, the increased use of the motorcycle has made it an important means of transport. This is largely due to its lower cost of purchase and maintenance, compared to a car, and the greater ease of weaving through dense urban traffic. Brazil is a good example. In this country, the number of registered motorcycles soared from 5.7 million in 2002 to over 21.4 million in 2013. In Argentina and Colombia, the number of newly registered motorbikes increased by 329 percent and 400 percent, respectively, between 1997 and 2009.

The bad news is that these figures have been accompanied by a parallel growth in injury and mortality rates. Every day 61 motorcyclists die in this region and many more are seriously injured. Mexico and Colombia, for example, account for nearly 70 percent of all the fatalities and, in Uruguay, what stands out is the fact that over half of all traffic accident fatalities correspond to motorcycle riders.

According to the report The Safety of Motorcyclists in Latin America, International Trends and Opportunities for Action, produced by Fundación MAPFRE, the safety of motorcyclists is an undeniable challenge and calls for immediate action to be taken. Firstly, what is needed is a policy based on the existence of drivers and vehicles using safe streets and roads, as well as an environment that fosters protection in the broadest sense of the word, underpinned by adequate regulations and the implementation of emergency services. Something as effective as countries sharing and disseminating good practices regarding legislation on the use of helmets and rider training is another aspect to be taken into account, as is developing a system that would enable the authorities to possess precise information on the actual number of deaths and cause of accidents. This is what is being done in Europe and the United States so as to be able to adapt road safety strategies to the concept of prevention, rather than reaction.

In the last five years alone, the number of motorcyclists killed has increased by 58%

This is undoubtedly the key element for curbing the accident rates, and one of the areas the region’s countries must concentrate on. “The nationwide campaigns, combined with other measures, such as police checkpoints, are more effective than sporadic or purely local actions.” This is the view of Jesús Monclús, manager of Accident Prevention and Road Safety at Fundación MAPFRE, who points out that “at present, civil society and private companies are those promoting many of the prevention initiatives. Not so much the competent authorities.” The Dominican Republic and Guatemala, for example, have succeeded in improving their motorcycle accident rates, thanks to campaigns promoting helmet use and daytime running lights.

Enhancing visibility is precisely another key element for accident prevention. A considerable percentage of motorcycle accidents occur when the driver of the other vehicle does not see the rider sufficiently in advance to avoid the collision. One significant prevention measure for increasing the visibility of riders is to keep the front lights on two-wheeled vehicles on all the time, as is largely the case in developed countries. Likewise wearing high-visibility clothing or vests, a current practice in several countries around the region.

The minimum age for riding a motorcycle in these countries ranges from 13 to 18 years old, and the requirements for obtaining a license vary greatly. Argentina, Costa Rica and Ecuador, for example, include some type of restriction for the first few years and every country, except Mexico, requires some kind of specific theoretical and practical tests or exams, as well as a medical examination, in order to get a license. According to the experts, one of the most important recommendations in this sense would be to standardize the minimum age, so as to take into account the real needs and maturity of the riders, and the possible adverse effects these road users may have on safety. A uniform minimum age for all the countries is also proposed, together with a basic level of knowledge that can enable young riders to take full control of a motorbike, and the need to pass a series of theoretical and practical tests, as well as a medical examination to certify they are in a good state of both physical and mental health.

Implementing control and monitoring measures to enforce the obligation to take out third-party liability insurance is essential for ensuring the peace of mind of drivers and pedestrians. In this sense, the proposals include encouraging road users to take out insurance policies by means of certain administrative measures. For example, proof of payment or validity of the corresponding policy can be demanded when issuing or renewing the annual vehicle registration fee.

38 motorcycle deaths per million inhabitants, three times the average for Spain and the United Kingdom, for example

Motorcycle deaths account for 24.2 percent of all deaths in traffic accidents 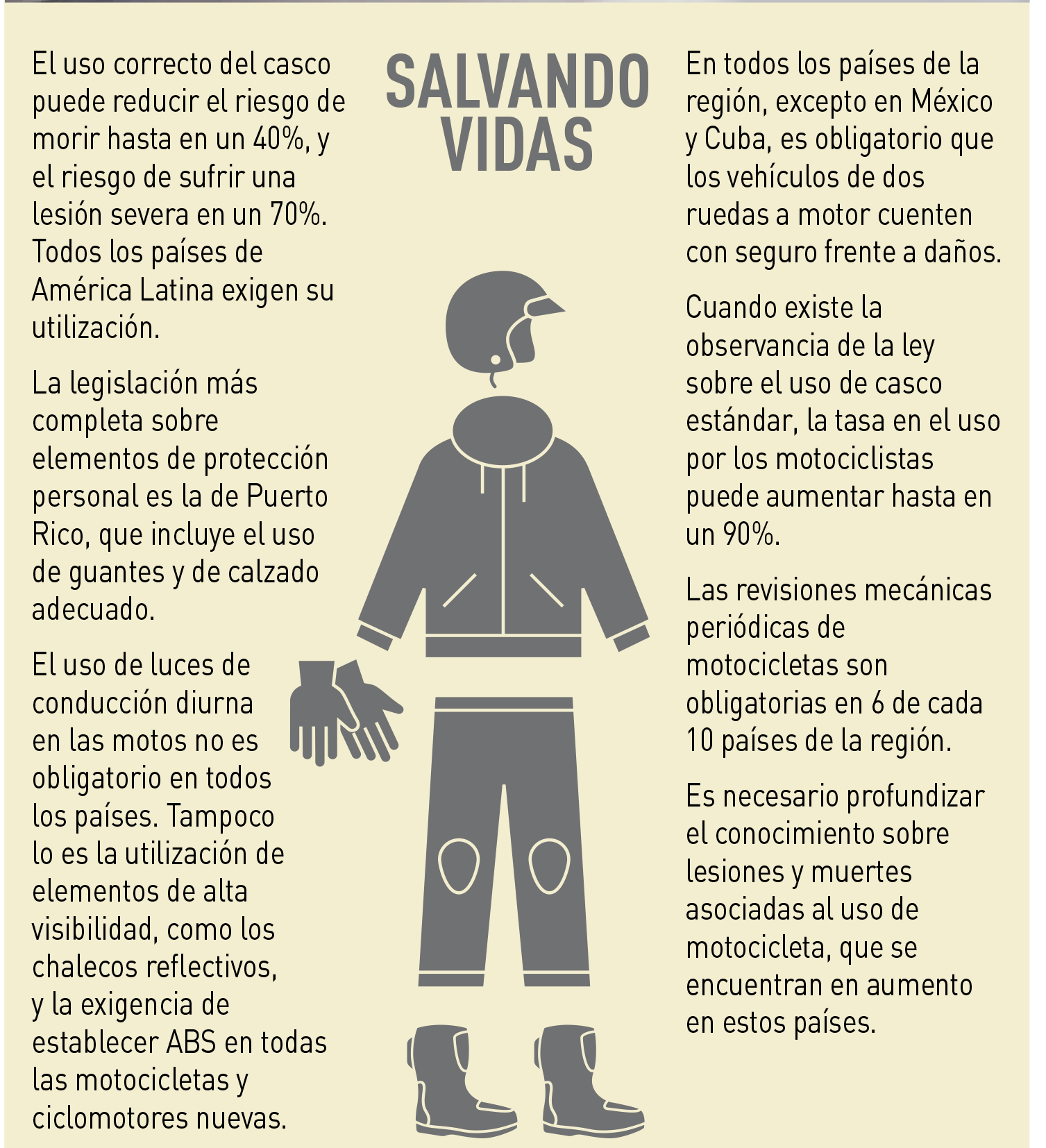