The Ageingnomics Research Center presents the Senior Talent Map 2021, a study that provides an occupational snapshot of the Spanish population between the ages of 55 and 75, and proposes changes to capitalize on the benefits of the “silver economy.”

In Spain, between 2008 and 2020, due to a combination of the decline in fertility and the increased aging, 2.8 million young people (16-34 years old) were “lost” and 2.9 million active people over the age of 55 were “gained.” First of all, there are 4.1 million people in this age group working, 25% of whom are self-employed. Moreover, “based on the data, we can say that there is a certain degree of ageism”: there are half a million seniors who want to enter the labor market but are unable to do so. Half of these unemployed have been stuck in this situation for more than two years. In addition, the number of older unemployed has tripled since the beginning of the crisis of 2008.

The Spanish senior population (between the ages of 55 and 75) is in an age range in which working, according to the Senior Talent Map 2021, is very exceptional. Let’s look at the data: the population over the age of 55 in Spain comprises more than 15.5 million people, or 32% of the total. So almost one in three Spaniards is a senior citizen and one in five active people is also a senior citizen. Three-quarters of older workers are employed in the private sector, compared to only one-quarter working in the public sector. The educational level of these workers has improved, although there is still a third who have not gone beyond the first stage of secondary school. Proof of this improvement is that one third of men and 40% of women employees have a university degree. The flip side of these figures is that the unemployed population over the age of 55 has tripled since 2008, to a total of 508,000 people. In terms of the gender gap, there are more unemployed women than men.

“The odds of finding a job after the age of 50 are very low,” confirms Alonso Jiménez, PhD in Psychology and co-author of the study along with Iñaki Ortega, PhD in Economics and university professor, and Rafael Puyol, PhD from the Complutense University of Madrid, where he is a professor of Human Geography. Faced with this almost insurmountable difficulty, many seniors have opted for self-employment, where they have certain advantages over young people, such as more developed networks, stronger financial positions, and the ability to mobilize resources and achieve legitimacy for their projects. Today, one out of every four people registered in the Social Security system is self-employed (some 900,000 people) and “in the seventy and over age bracket, 72% of those registered are self-employed,” confirms Jiménez. Being self-employed, however, is not an “entrepreneurial” option. To a large extent it is a necessity to remain active in one’s final years of working life.

Senior population between the ages of 55 and 75

People over the age of 55 years old in Spain 15.5 Million

One in four is self-employed

Ortega argues that forms of temporary or part-time hiring of active seniors should be sought: “It’s an opportunity, I think it’s better to work under those conditions than not at all. Work is a form of social interaction, of earning an income, of having a better old age and better mental health.”

While the recovery from the ravages of the coronavirus pandemic is still tentative, we cannot afford to miss out on development opportunities such as capitalizing on the so-called silver economy through precisely those who know this market best. Spain is in the best position to be the country of reference in the silver economy as the report confirms, “due to its leadership in longevity, health and dependency system and its openness to the outside world.” This opportunity will be missed if seniors are not present in a labor market that should be diverse by nature.

Spain is in the best position to be the country of reference in the silver economy as the report confirms, “due to its leadership in longevity, health and dependency system and its openness to the outside world.” 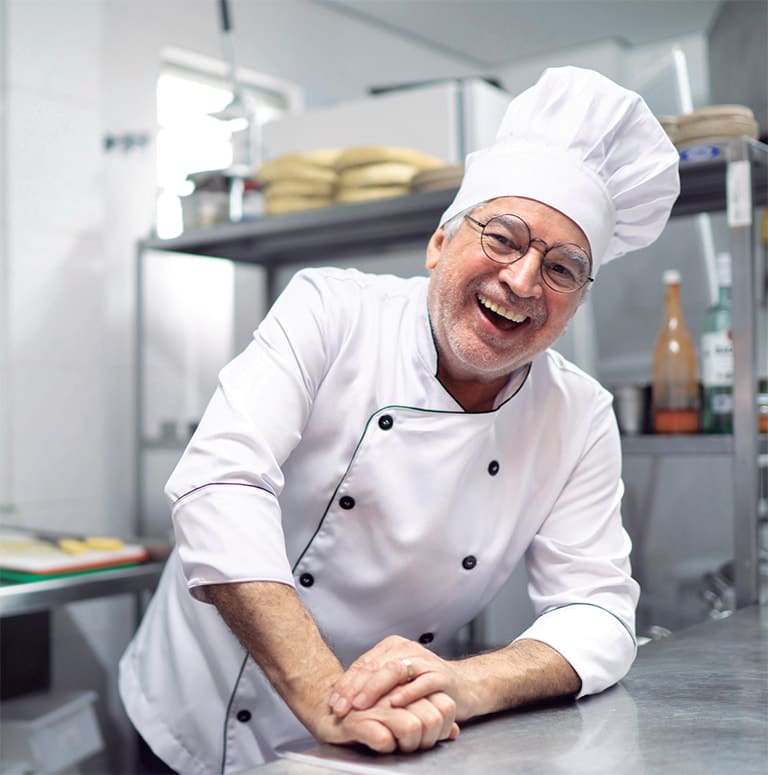 Youth above the age of 55 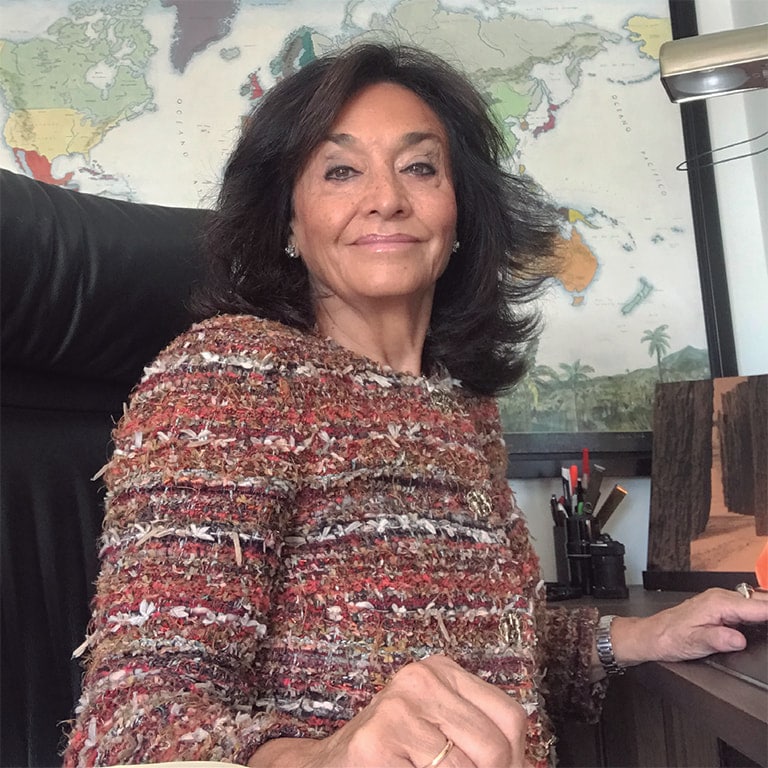 Paloma Frial’s relationship with the food industry began at the age of 13. Now, at the age of 66 she is president of FrialTec, an advanced food research and development center with products such as Vidalim, an Omega3 supplement that provides the minimum daily amount recommended by the European Food Safety Authority (EFSA) for a healthy diet.

Frial has not even given a thought yet to when she might take a step back into the placid limbo of retirement: “I don’t understand the idea of setting a date, because life itself will take care of that. It will happen when the enthusiasm is gone or when you think you no longer have the energy to continue with what you are doing.” Frial is in an age range in which working, according to the Senior Talent Map 2021, is very exceptional. The majority of active seniors are concentrated in the 55 to 59 age group (60%). The next bracket accounts for 35%, and from the age of 65 onwards, the figures are negligible. all of which confirms the prevailing culture in the country of early withdrawal from work. 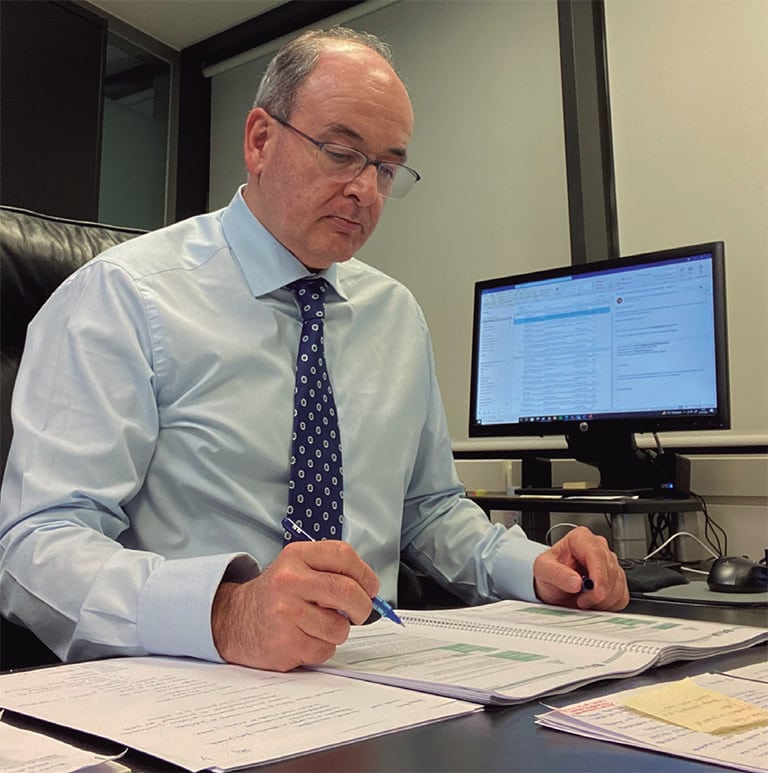 “I would advise a worker over 50 who has just been laid off to avoid immediately seeing a cause and effect relationship between his situation and his capabilities,” recommends Benigno Lacort, CEO of Atenzia, a company specialized in the social and health issues. Lacort is 58 years old and defines himself as a Spanish baby boomer (belonging to the generation born between 1957 and 1977) with a lot of life and zeal ahead of him. He is particularly sensitive to ageism in the labor market. And since there is no better way to lead than by setting an example, his company has launched the Atenzia 45/45 program, which essentially means having 45% of the staff over 45 years of age. “Our goal is to retain talent by trying to ensure long professional careers in a company like ours whose great asset is the experience of our people in the labor market.”

To fight this feeling of being too old for the job you are doing or aspire to, Benigno Lacort turns to demographics. “According to the Bank of Spain, in 2050 there will be two people over 65 for every three people in active employment. In other words, stop feeling “old” and start feeling “normal,” says this executive.

What is the way forward for building a fairer labor market for all?

Elena Sanz, Group Chief People Officer at MAPFRE and a collaborator in this Map, believes that what is needed is “a change of mentality in leaders so that they do not write off talent after the age of 55; and a change of mentality in the people themselves, so that they know that they have to continue to develop, learn and become part of new projects and of this transformation of the skills needed by both businesses and the self-employed.”