Rate this post
Stress testing is an important risk management tool employed by financial institutions as an integral part of their internal risk management procedures. This kind of exercise alerts companies to possible negative effects for their solvency, resulting from unexpected adverse events related to any of a wide variety of risks. Stress tests typically include two hypothetical scenarios, one neutral and another adverse, in which extreme cases are included, those highly unlikely events for which, nevertheless, companies must also be fully prepared. Normally, these kinds of tests remain a theoretical exercise, something that will never actually materialize.
Let’s look at an example: double-digit GDP declines in most of the world’s economies; a global pandemic that paralyzes global economic activity and forces companies to provide its services with a large proportion of their workforce teleworking from home; and an economic environment with negative interest rates in a large part of the public debt market, thus eliminating the profitability of many companies’ financial investments. Catastrophic events such as earthquakes and other calamities. And to top it all, a large-scale ransomware cyberattack designed to topple a company’s IT systems and render it inoperable at the busiest season, as regards the demand for its services.

Can you imagine such a scenario? No regulator would be so perverse as to contemplate such extreme, simultaneous parameters in its stress tests…

Well, of course you can imagine it. Obviously, this is precisely the scenario that MAPFRE had to deal with in 2020.

All of the above serves to put into context the results for the previous year which the company recently presented to the market. In a year like that, in which many corporations incurred multimillion-dollar losses, MAPFRE closed the year with a positive result of 527 million euros. Premiums slumped as a result of economies being at a standstill, yet the company generated an operating result of 658 million euros, practically identical to the previous year’s figure. The Group’s three main markets – Spain, Brazil and the US – between them contributed a net profit of 625 million. 24 of the 26 markets with direct insurance operations managed to close the year in the black.

Even the reinsurance business – which had to absorb a great deal of the impact of COVID-19, as well as deal with natural disasters, together accounting for over 100 million euros – was able to close the year with a net profit.

One of the company’s strengths, which has enabled it to successfully confront this tough period, is its diversified business model and prudent risk management policy. But so is MAPFRE’s excellent financial position, which has likewise been clearly demonstrated over the past 12 months.

The Standard & Poor’s and Fitch rating agencies referred precisely to the company’s robust capital levels when justifying their decision to maintain the Group’s financial strength rating at ‘A+’. The debt ratio, which stands at 23 percent, remains well below average for the sector. And the combined ratio for the insurance business dropped to 92.9 percent.

As a result of all the above, MAPFRE was able to fulfill its commitment to its shareholders, paying out a generous dividend charged to the financial year’s results, with a solvency position of over 180 percent, within the levels that the company had set itself as its target. MAPFRE’s strength allowed for a dividend payment of 416 million euros in the year of the pandemic, which represents a ROE figure of eight percent.

In a year in which many corporations incurred multimillion-dollar losses, MAPFRE closed the year with a positive result of 527 million euros

One of the company’s strengths, which has enabled it to successfully confront this tough period, is its diversified business model and prudent risk management policy

The main advantage of stress tests is that they allow market operators to be confident about the solvency capacity of a company, even when faced with the greatest possible adversities.

It is therefore no coincidence that the first global campaign launched by the company has TRUST as the cornerstone of its drive to transform itself and excel. This is a particularly relevant quality in the current environment plagued by COVID-19. Trust is the fundamental attribute for an insurer’s reputation, marking as it does the company-client relationship. Because trust is an essential element of the insurance activity, where clients transfer their risks to a company which undertakes to guarantee cover, or compensate, for all or part of the injury or damage sustained in the event of a claims incident.

The campaign highlights the ability of people to progress in the face of adversities and fulfill their dreams. A conversation with Rafa Nadal provides the backdrop for five inspiring, real-life stories which invite us to reflect on the importance of each of us having the self-belief to achieve any goal, however impossible that may seem.

Luciana Tenorio (Peru), Germán Madrazo (Mexico), Sandro Salgueiro (Brazil), Wendy Ida (USA) and Oscar Pérez Marcos (Spain) are the protagonists of this campaign. One fine day these ordinary people showed the self-confidence needed to fulfill the dreams that would change their lives: making history at the Winter Olympics, having never worn skis before; designing prototypes of future planes before reaching the age of 25; or designing spaces for creating life on Mars.

This campaign also reflects MAPFRE’s commitment to digital technologies to reach its clients all over the world. This is the first time the company has built a campaign with truly global reach. You can view all the videos at www.MAPFREistrust.com. Trust is also what inspired the COVID strategy MAPFRE has been implementing since last March, based on three fundamental priorities:

the year of the pandemic MAPFRE paid out 416 million euros in dividends, which represents a ROE figure of 8%

This includes all kinds of customer support, providing payment facilities and, even, premium refunds. Facilities for our agents, providers and collaborators in order to help them maintain their flow of payment collections and thus avoid having to close their company. And a huge social undertaking designed to focus on many countries particularly hard hit by the pandemic, whereby Fundación MAPFRE provided 35 million euros, with a further ten million this January. More than 200 million euros were mobilized to help society cope with this extraordinary situation. Just as extraordinary as the results obtained by MAPFRE, which passed the stress tests of 2020 with flying colors.

Luciana Tenorio (Peru), Germán Madrazo (Mexico), Sandro Salgueiro (Brazil), Wendy Ida (USA) and Óscar Pérez Marcos (Spain) are the protagonists of this campaign, ordinary people who, one fine day, showed the self-confidence needed to fulfill the dreams that would change their lives. 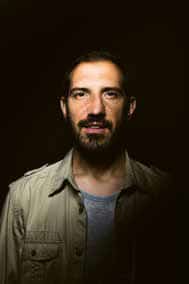 Leave everything behind and radically change his life. That was the view of Oscar, who one day decided to abandon his suit and tie in Spain to roam the world with just a backpack. This led him to experience volunteering work firsthand, making him realize that, from that moment on, he would devote his time to others. And so he founded Hola Ghana in 2010, an NGO in which the will far exceeds their capabilities.

“When I say that singing a lullaby changed my life nobody believes me. What about you?” 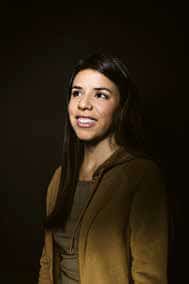 She is an architect, but also an aerospace engineer. Luciana had dreams from a young age: to create life on Mars. Simply hearing with her own ears that this was something that could only happen in the movies was enough to make her start working hard until she achieved a goal that seemed impossible to all and sundry.

“As a young girl, dreaming that creating life on Mars was possible.
As an adult, making this a reality too.” 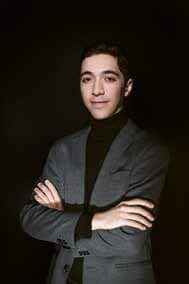 Designing planes that will fly in the future before reaching the age of 25 is a gigantic, but not unattainable, dream. Or, at least, not for Sandro. A young man who from the age of three observed planes in the sky and who never ceased striving to form part of one of the world’s most important teams of aircraft designers.

“I only dreamed of being able to fly and I ended up helping everyone else to do it.” 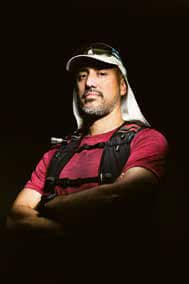 As well as being a public speaker and coach, Germán was the first Mexican to participate in the Winter Olympics. With all the odds stacked against him, he did not let this stop him from engaging fully in Cross Country, the toughest ski discipline. His philosophy on life? Train hard until you achieve your goal.

“Taking part in the Winter Olympics despite never having seen the snow before? Of course!” 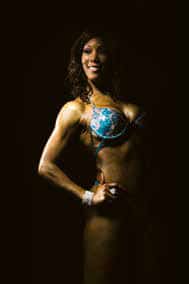 Did anyone say that, at the age of 67, you can’t become a global fitness icon? Because that is what Wendy Ida is. A story of personal growth for this American who, when she was 43, was forced to abandon her city and friends to face the greatest challenge of her life: become her normal self again and make history enjoying her true passion – sport.

“You are never too old to start from scratch and break a world record.”