TEXT LILY CEDRÓN, JUAN PABLO CASTRO | PHOTOS MAPFRE, ISTOCK
Mental health allows us to give positive meaning to our work, bolster our autonomy and avail of resources to deal with stressful situations, enjoy life and develop our full potential. In the public health field, it is considered a necessary element for the economic and social development of countries, and its universal coverage is envisaged by the third United Nations Sustainable Development Goal.

Many workers face psychological difficulties that can go unnoticed within organizations, despite affecting their quality of life, productivity, commitment to their work, interpersonal relationships, and everyday performance.

It is estimated that one out of four people in the world will have a mental disorder during their lives (WHO, 2016). This situation has been exacerbated by the spread of COVID-19 and the significant transformations produced in the economy and society, all of which have impacted on the living conditions and psychological wellbeing of the whole population. Faced with this reality, it is important to have an open dialog on emotional health at work and destigmatize the need for psychological support. At MAPFRE, one of our priorities is to provide an early response to employees, so as to strengthen their emotional well-being.

How did the psychological counseling program come about?

MAPFRE Peru’s Psychological Counseling Program (PAS) was founded in 2016 by the psychologist Karla Martell, in response to the need for staff members to be able to rely on emotional support to deal with a range of situations in their working and personal lives. It is made up of professional psychologists who, based on a model of brief intervention, provide individual psychotherapy sessions to any personnel who require them. The consultations are conducted either in-person or online, so as to reach every province in the country, with an average of six sessions per patient.

Initially, the PAS was envisaged as an aid for individuals, specifically targeting our funeral and cemetery services colleagues, as well as the Burial sales network personnel, who suffer greater psychosocial risks, given the very nature of their functions. However, the tremendous reception the program received called for it to be progressively expanded to cover all of the company’s units.

Subsequently, other group support spaces were developed, such as the “MAPFRE accompanies you” initiative (2017), for the company’s funeral services sector; and the “Dialog Groups” (2018), which consist of a series of meetings between leaders in specific areas so as to reinforce their capacities and promote a positive work culture within their teams. In addition, the “MAPFRE with me” initiative (2019) directs efforts to prevent gender-based violence, a situation that is addressed in an interdisciplinary manner together with other Human Resources areas 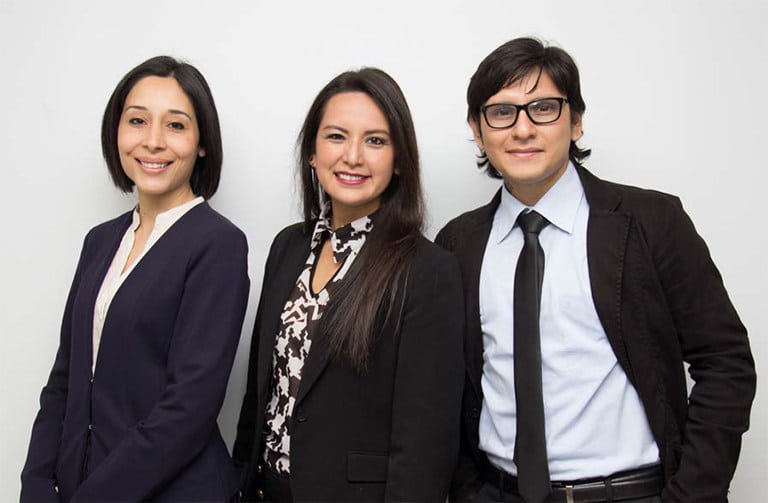 What are its results?

Since 2016, the PAS has seen more than 400 employees who have benefited from the program, with a grand total of 1,635 sessions to date (September 2020). The reasons for the consultations are reflected in Graph 1 at the bottom of this page.

As you can see, anxiety symptoms, family difficulties and work stress are the most common issues that affect workers psychologically and thus impact on both their personal and work lives.

In this regard, studies on mental health and productivity over the past 20 years have consistently shown that psychological intervention programs in the workplace favor the well-being and performance of employees.

On the basis of this premise, we conducted an analysis with an external consultancy on the relationship between the productivity of sales agents and the psychotherapy provided by the PAS. The results revealed the existence of a statistically significant relationship between the use of the PAS and an improvement in the productivity of these agents. Specifically, significant differences were observed in the productivity recorded three months before and three months after psychological intervention, with the latter clearly having increased.

At the descriptive level, a difference in the average sales figures before and after intervention can be seen in Graph 2. 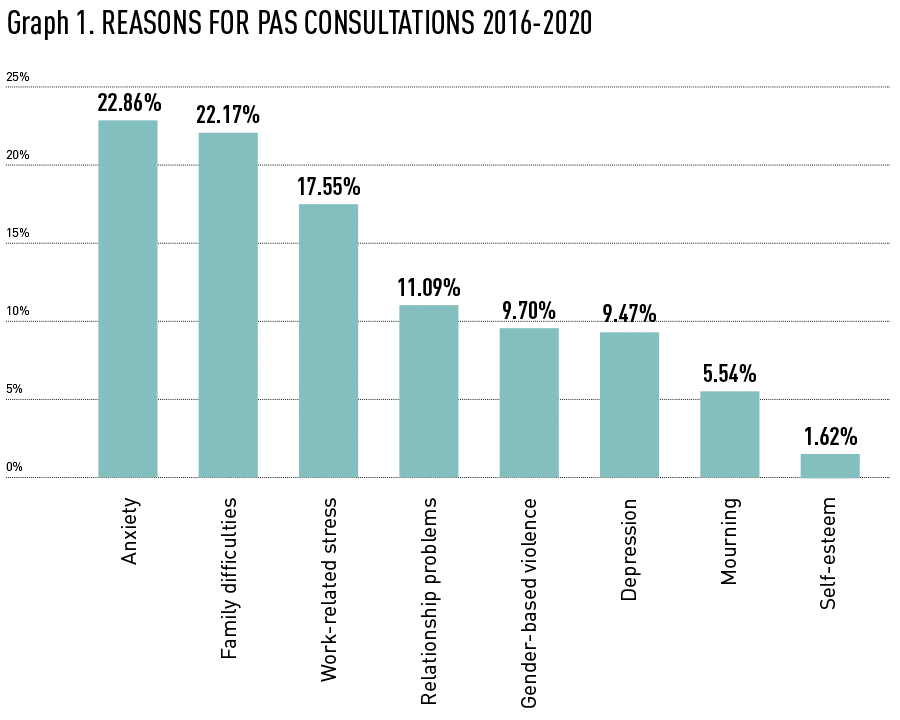 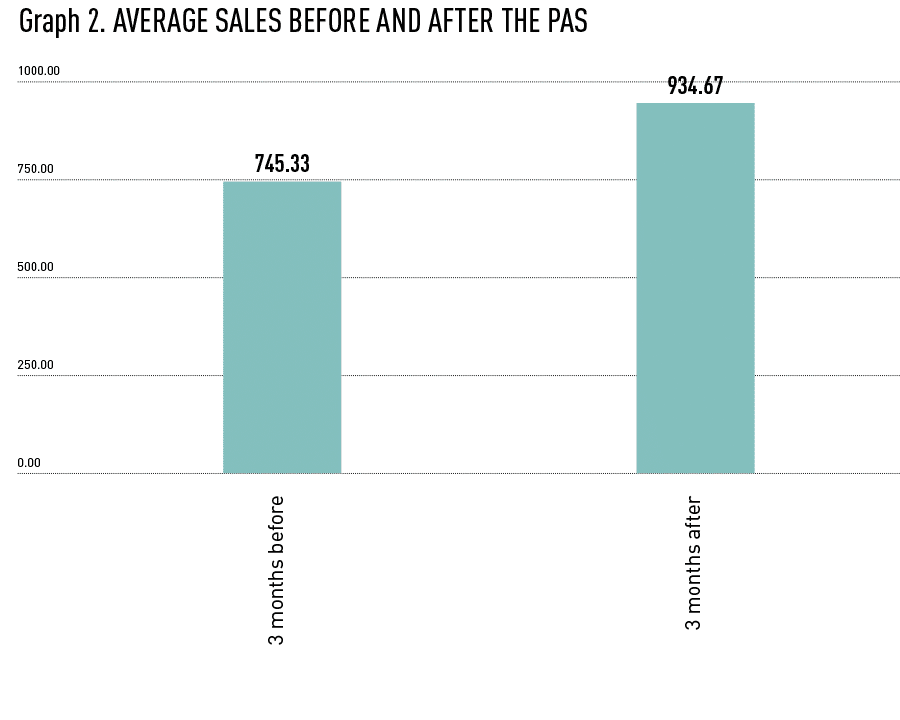 In the face of the crisis caused by the pandemic, logical concerns arose about how to provide psychological assistance quickly and correctly. We therefore decided to set up a psychological first-aid hotline, called the PAS line, available to all employees. So far this year, we have seen a 28 percent increase in requests for attention with respect to previous years. This reflects the need for an emotional containment service available to our workforce during this emergency period.

In addition, we are conducting training activities for mental health care in times of emergency, providing psychological support to those returning to the office, and offering a special support program for funeral services and cemetery staff, those who are on the front line dealing with grieving clients. The latter was a methodological challenge for the PAS, since, in a brief period of time and faced with personnel on rotating shifts, we had to implement a virtual system of group support for workers going through what is probably the most demanding period of their professional careers.

Striving to cope with the exceptional situation in which we find ourselves proves to be a great mental and emotional effort for many of us. However, there can be no doubt that we must continue guaranteeing a safe space for our colleagues, so as to continue looking after their health, with respect and care.