MENOPAUSE, ONE MORE PHASE IN A WOMAN’S LIFE 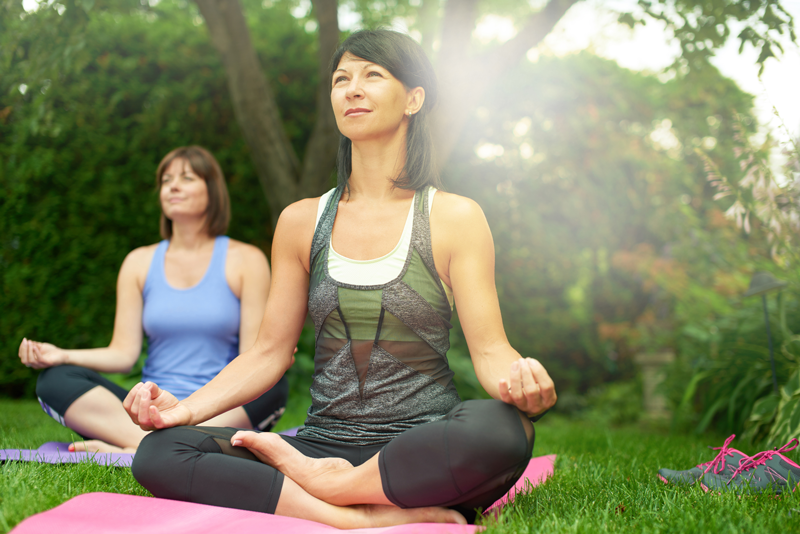 The menopause is not a disease, but rather a stage in a woman’s life. It is perfectly normal; however, given the variety of symptoms and the ways of dealing with them, not all women go through this phase in the same manner. Some even seek medical advice for coping with certain discomforts which, although normal, in some cases may affect their quality of life.

What is the menopause?

When the ovaries stop producing ovules and the secretion of hormones (estrogen and progesterone) is reduced, menstrual periods and a woman’s reproductive stage come to an end. It is then, after 12 months without menstruation, when the menopause is deemed to have occurred.

Menopause typically occurs between the ages of 45 and 55, with the average age being 51. Some women stop having periods suddenly, but the majority do so progressively. The years prior to menopause are characterized by shorter periods and more abundant bleeding. This phase may last between two and eight years. The fact of not having a menstrual cycle, or having alterations, does not mean that women do not have reproductive capacity. What is more, irregular cycles means the period of ovulation cannot be known with any certainty, thus making it more difficult to calculate the fertile days. That is why, at this stage, contraceptive methods should be considered. After the last period, a phase called postmenopause starts. This may last for up to six years and this is when the greatest amount of discomfort and complications appear.

What changes or symptoms may appear?

Multiple symptoms (both physical and psychological) have been described and attributed to this period of life. However, only the so-called “hot flashes” and vaginal dryness have been confirmed as symptoms associated with the change in hormonal activity which takes place at this stage. Nonetheless, given the reduced levels of estrogen – the female sex hormone produced primarily by the ovaries and which affects various different organs and systems – it is possible to associate the menopause with other symptoms.

There now follows a description of some of the symptoms that may accompany the menopause.

• Hot flashes and insomnia: the former are defined as the spontaneous feeling of heat, generally perceived in the chest, neck and face, often associated with sweating and a slight increase in the heart rate, with palpitations. Lasting for between one and one and a half minutes, their intensity and frequency are highly variable. When they occur at night, the frequent awakenings greatly disrupt the quality of sleep. This leads to daytime fatigue and irritability.

• Urogenital atrophy: with falling levels of estrogen, tissues progressively become thinner and drier. This is also true in the case of the tissues of the vagina and urethra, resulting in possibly noticing dryness, vaginal irritation, and the need to urinate more often.

• Osteoporosis: the drop in estrogen leads to accelerated loss of bone mass, something which, in itself, is inherent in the aging process.

• Figure changes: body fat varies according to age. At the age of 20, body fat is 26 percent, rising to 33 percent at 40, and to 42 percent at 50. With the menopause, the distribution of body fat changes slightly, without the overall weight necessarily changing.

• Analytical alterations: during this period changes may be noted in blood analyses, especially in the lipid profile, since estrogens serve to control cholesterol and triglyceride levels.

• Sex life changes: the decline in hormone production is not always a determining factor for a decrease in libido or sexual appetite, as a satisfactory relationship also depends on educational and social factors. The lack of estrogen produces vaginal dryness and the use of a lubricant during intercourse is therefore recommended. In many cases, women tend to think that, with the menopause, their sex life is going to change – for the worse – or even disappear. These preconceived ideas can lead to a deterioration in personal relationships.

• Mood swings: alterations of the state of mind are frequent during menopause, with symptoms such as diminished energy, fatigue, irritability, lack of concentration, sadness… which are due to multiple factors such as hormonal changes, lack of restful sleep, as well as psychological factors related to the loss of reproductive capacity and physical attractiveness.

Some women feel they are no longer valued by their social environment. When a teenager starts having her period, it is very common to hear comments such as “she’s a woman now”. So, what happens when the periods cease? This stage usually coincides with the presence of teenage children, or with older children abandoning the family home. This can lead to what is known as the “empty nest syndrome”, more closely related to the sense of loss of importance within the family unit than the menopause itself.

Can and should menopause symptoms be treated?

A slight lifestyle modification – with certain dietary advice, taking gentle exercise, or learning relaxation and self-control techniques – is often sufficient to be able to control or limit the appearance of symptoms, without having to resort to medication. Likewise, the use of remedies based on medicinal plants, preferably prescribed by a physician, may help in some cases. Visiting your gynecologist and following their advice will help alleviate the discomforts and overcome this phase in the best possible way 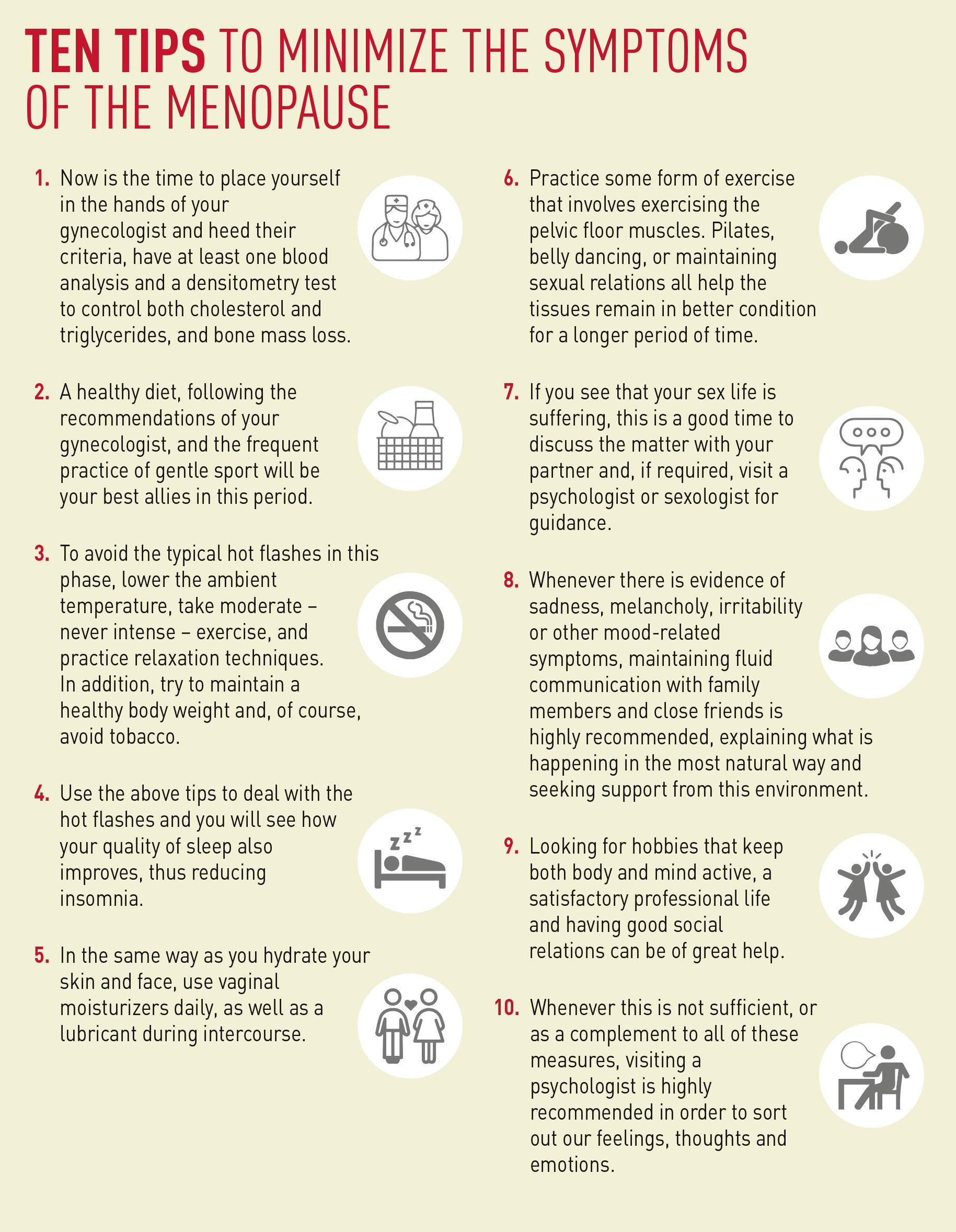