MAPFRE wants to grow in life

Rate this post
Since January this year, MAPFRE has made the life insurance business one of the Group’s strategic initiatives, within its strategic plan for 2019-2021. The company aims to boost this business over the coming years, and the strategic initiative will be the catalyst for the necessary transformation of the Life insurance business worldwide, so as to achieve the objectives set and thus boost MAPFRE’s growth and diversification. We outline here what the new initiative is all about and talk to Jonas Jonsson, Deputy General Director for Global Life Insurance Business.

This film illustrates one of the oldest axioms that have always been linked to the life insurance industry: namely, that it is a product that is sold, not purchased. No one wakes up in the morning with a craving to buy life insurance.

Well, the time has come to reassess whether this conception of savings is now outdated, due to a whole series of factors: The evolution of global economic policy following the Great Recession of the past decade, and the secular stagnation affecting the leading developed econo Save mies, have resulted in plummeting returns from traditional long-term savings assets. This calls for those wishing to ensure future economic stability for their loved ones to seek professional advice, stop being savers and, instead, become investors.

Secondly, life expectancy is constantly increasing. As Antonio Huertas and Iñaki Ortega explain in La Revolución de las Canas [The Gray Hair Revolution], half of the girls born in Europe in 2017 are going to live, on average, over 100 years, which is great news. But it also means we must be particularly careful when it comes to managing our longterm financial stability, or we run the real risk of outliving our savings.

And all this in the midst of a profound digital revolution, which translates into an economic paradigm shift: today, it is clients who assume the central role in their relationships with those companies that cater to their needs, whether financial or of any other nature. The empowerment of clients is what has changed the ground rules.

These are some of the reasons behind the decision taken by MAPFRE to make the Life insurance business one of the core growth areas within its long-term strategic plan. For MAPFRE, life insurance has always been a highly important part of its business portfolio. The first Life insurance policy was sold in 1962. In the last full fiscal year, 2018, life premiums came to nearly 5.5 billion euros. The company’s Life products are commercially developed in 22 countries. All around the world, it manages 28.5 billion euros in Life technical provisions.

But, traditionally, MAPFRE’s core business has always been non-life insurance. Those 5.5 billion euros represent 20 percent of MAPFRE’s premiums worldwide, concentrated mainly in Spain and Brazil, which gives some idea of the growth potential of this line. The remaining 80 percent is divided between reinsurance and the main Non-Life lines, especially automobile and general insurance. On the international insurance market, the proportion of Life insurance premiums is higher, standing at approximately 50 percent.

In the last full fiscal year, 2018, life premiums came to nearly 5.5 billion euros. The company’s life products are commercially developed in 22 countries all over the world and it manages 28.5 billion euros in life technical provisions
For the life insurance business we have set the objective of increasing life risk premiums by an average of eight percent at fixed exchange rates, for the period 2019-2021. An objective which, for the time being, is being fulfilled. In the first nine months of 2019, growth was 12 percent
The historical background of this reality has to do with MAPFRE’s roots in the Spanish market. If consumption and savings are two sides of the same coin, in the insurance sector consumption would be (simplifying things a bit) the Non-Life business, and savings would be Life. But the fact is that, traditionally, Spain has had a less developed long-term savings industry than in some of the neighboring countries (interestingly, the first purchasers of MAPFRE life insurance policies back in the 1960s were Spanish emigrants working in Germany).

Nor should we ignore the fact that, in recent years around the world (and especially in Europe), we have seen a leveling out of savings tax breaks between Life Savings products and others such as mutual funds.
Which brings us back to the present, to an environment of negative interest rates for a good deal of sovereign debt, where banks are even considering the possibility of starting to charge for customer deposits and where people have to save everincreasing amounts in order to reap ever-diminishing returns.

It is at this point that MAPFRE has decided to shift up a gear in the development of its Life business. To do so, two years ago Jonas Jonsson joined us as Group Chief Life Business Officer. Jonsson is a Swedish executive with extensive experience in the life insurance industry, having held senior management positions in Skandia or Swedbank.

Jonsson has been incorporated into the Corporate Business and Clients Area, which is headed by José Corral. During this time, he has been shaping this project, which is about to receive an additional impetus with its conversion, as from January 2020, into one of the Group’s corporate strategic initiatives, that is to say, Life has now become one of MAPFRE’s strategic goals. The Life Strategic Initiative will be the catalyst for the necessary transformation of the Life insurance business worldwide, so as to achieve the strategic objectives set and thus boost MAPFRE’s growth and diversification.

This will enable it to rely on greater resources and capabilities, work on objectives such as boosting the organic development of current operations, strengthening the position with our current strategic partners, digitizing our business processes throughout the whole value chain of the life insurance business (presales/advice, sales, after sales service), as well as enhancing the customer experience and our own efficiency. Besides all this, the initiative allows MAPFRE to maintain an important focus on countries where it is developing its Life insurance model.

Within the current Strategic Plan, for the Life insurance business we have set the objective of increasing Life Risk premiums by an average of eight percent at fixed exchange rates, for the period 2019-2021. An objective which, for the time being, is being fulfilled. In the first nine months of 2019, growth was 12 percent. 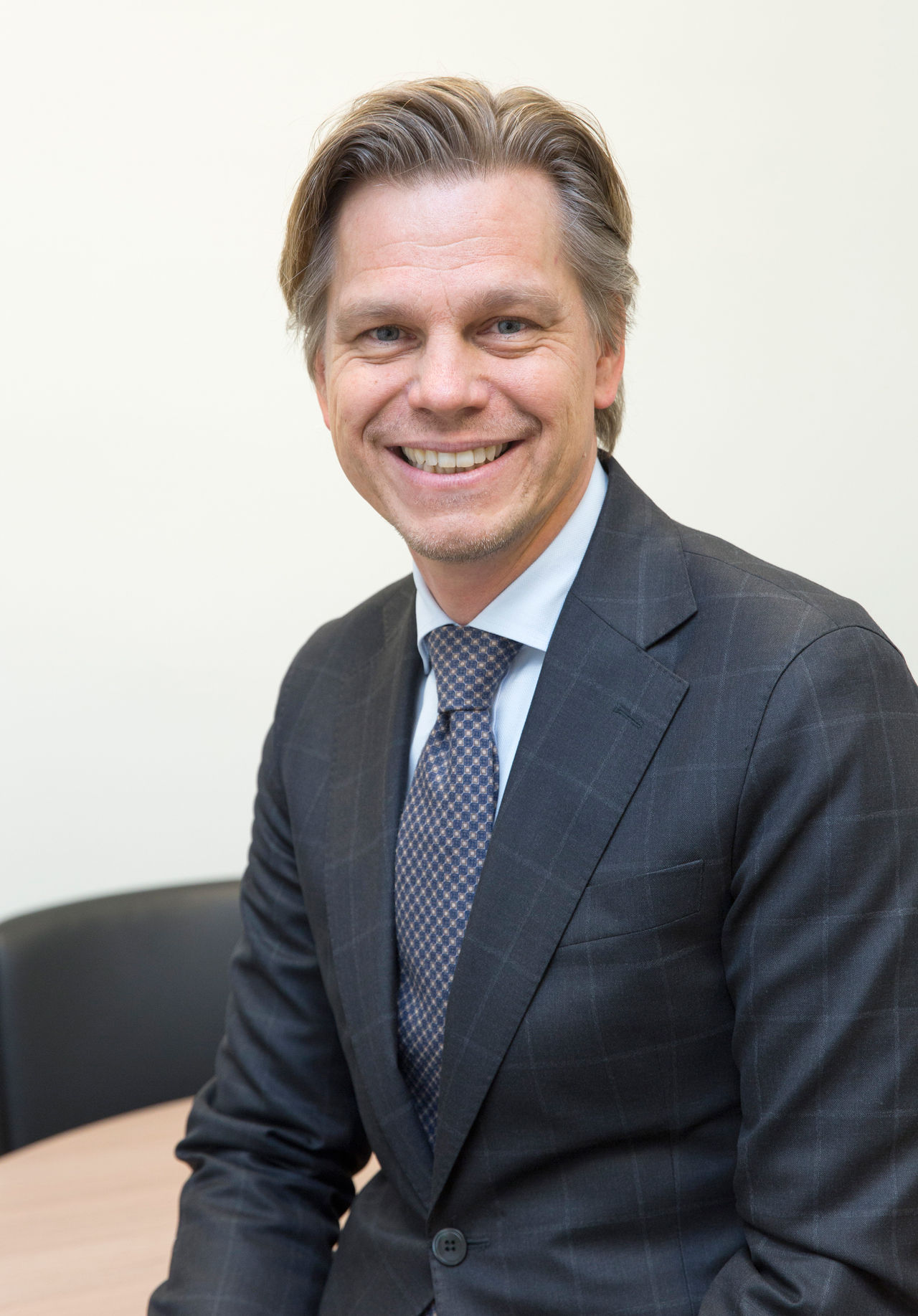 Is this current context of low interest rates a challenge or, indeed, an opportunity? And why?
Both. It is obviously a challenge, as the financial revenues are lower, and we cannot offer guarantees on savings products in the same way. However, I also see it as an opportunity. Not having a large Life insurance portfolio worldwide means we now have the opportunity to enter markets free of any preconceptions. We have the chance to create products that set us apart for our clients if we can work in an efficient, digital way, with a high level of technical know-how and, above all, truly focused on what clients ask of us.

The paradox is that the new generations are purchasing less life insurance than their elders. Does this mean that the sector is in crisis, or that we must change the way we approach clients?
We clearly need to enhance the customer experience and explore new ways of reaching out to them. I don’t believe the sector is in crisis – it is undergoing transformation. We have to transform ourselves, given that clients may be evolving. However, the need for Life insurance products has not changed; quite the reverse, it is more important than ever.

How can the emergence of all the technological innovations we are witnessing condition the development of this business?
They can assist us with this transformation process we are undertaking. For example, it is not necessary for us, within MAPFRE, to develop everything from scratch. For some parts of the chain, we can explore alliances that may help us advance faster.

And on a more personal note, what is a Swede doing in Majadahonda?
I’ve spent many years working with the Latin American markets and also here in the Spanish market. Working on this strategic initiative for MAPFRE, at this time, and in the current market context, is a great opportunity for me, a real privilege. I’m having a great time.