How much does the gender gap cost our society? 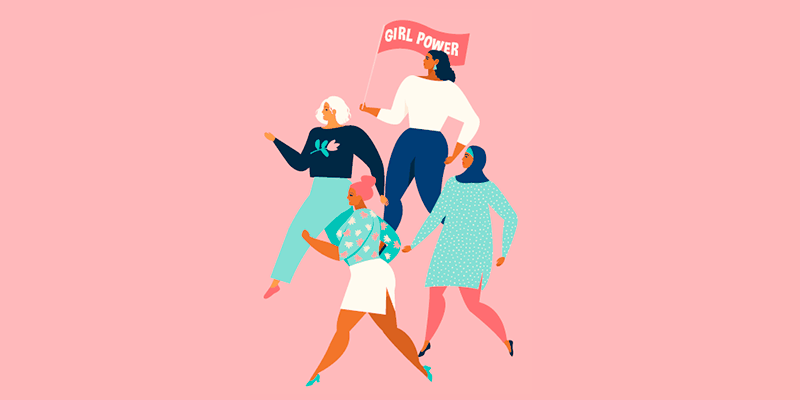 “We companies must not only generate exclusively material wealth, but also ethical and, above all, human wealth. MAPFRE is working on this goal in nearly 50 countries, as we are a company committed to generating social profitability.” This was how the MAPFRE Chairman and CEO, Antonio Huertas, summarized his speech during the Ibero-American Business Meeting which took place in Antigua, Guatemala, last November.

That phrase reflected MAPFRE’s commitment, as a corporate social actor, to the seventeen Sustainable Development Goals (SDGs) defined by the United Nations. And it explained the company’s work especially in relation to nine of them, where it can provide greater value: objectives, such as ending poverty, health, quality education, decent work, climate action or gender equality, among others. MAPFRE’s commitment to the latter – equal opportunities for men and women – as an element that adds value to the company and significantly enriches the performance of its workforce, goes far beyond mere words. It has materialized in facts, such as accomplishing the objective the company set itself three years ago, namely that 40 percent of positions of responsibility worldwide would be held by women.

And in new commitments, as Antonio Huertas publicly announced during the Annual General Meeting last March. He set forth there one of the company’s aspirational goals, that within the coming three years 45 percent of vacant positions of responsibility would be taken up by women.

This commitment to diversity and equal opportunities has not been confined solely to the internal activity of the company. It has also been projected outward by signing up, along with ten other major enterprises, to ClosinGap, an initiative whose prime objective is to analyze the impact on the economy and society of the fact that women do not enjoy the same opportunities as their male counterparts in different areas of their personal and professional life.

For nearly a year now, eleven large companies — Merck, MAPFRE, Mahou-San Miguel- Solán de Cabras, BMW Group, Repsol, Melia Hotels, Vodafone, L’Oréal, Inditex, Bankia and PwC — have been working together to identify this gap and increase its visibility among the general public, as an essential preliminary step toward formulating proposals for measures to eliminate such gaps.

This project is governed at the highest level by the CEOs of the companies that make up ClosinGap, with Antonio Huertas representing MAPFRE at the regular Board meetings. This body has the support of the Executive Committee, which meets on a monthly basis, fundamentally with the participation of representatives from the External Relations and Human Resources areas of the different companies. Finally, in recent months, two specific work groups have been formed to tackle HR and Communication issues, with the aim of sharing best practices and striving to raise public awareness of this whole initiative. 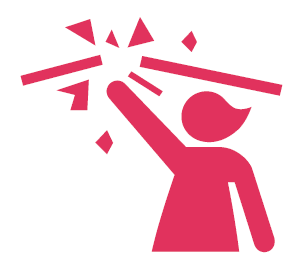 Thanks to these reports, we are confirming that these gaps are counterproductive and wasteful for our society

Closingap will be publishing further reports on the gender gap in areas such as mobility, tourism, education, consumption, the digital environment, employment or the rural environment

In less than twelve months, the activity surrounding ClosinGap has been frenzied.

Thanks to KREAB and AFI (International Financial Analysts), four of the companies forming part of this cluster — Merck, Repsol, MAPFRE and Mahou San Miguel- Solán de Cabras — have already published reports of enormous interest. These have clearly shown how much our society loses, not just in social terms, but also economically, as a result of the unequal distribution of opportunities between men and women in areas such as health, work-life balance, pensions or leisure. When less than a year has passed since the announcement of this initiative, we can say that ClosinGap’s work has only just begun. In the coming months, new reports will be published on the gender gap in areas such as mobility (BMW Group), tourism (Melia), education (Inditex), consumption (L’Oréal) the digital environment (Vodafone), employment (PwC) or the rural environment (Bankia).

Moreover, with its aim to influence society, it will continue holding meetings with the principal stakeholders (legislators, governments, opinion leaders,…), and proposing measures to reduce and, even, eliminate any gaps that are identified along the way: firstly, because inequality between men and women is unacceptable in the 21st century; and secondly, because thanks to these reports, we are confirming that these gaps are a counterproductive, wasteful element for our society.

Report on the gender gap in pensions

The report on the gender gap in pensions, presented by MAPFRE in April, clearly spells out not only the causes of this gap — many of them already known, such as inequality in access to the labor market or the discontinued professional careers due to maternity — but also, and therein lies what sets it apart, the huge cost in opportunity terms that such inequality generates. Among its main conclusions, it highlighted the fact that the economic impact of the gender gap in pensions in Spain exceeded 26 billion euros in 2018, which is equivalent to 2.2 percent of its Gross Domestic Product. This figure corresponds to the Gross Value Added (GVA) resulting from a reduction in the consumption capacity of female pensioners who receive lower pensions than their male counterparts. This fact implies a lower tax collection — 2,422 million euros less in personal taxes, with an additional 2,884 million drop in VAT collection — which, in terms of employment, amounts to a failure to create 414,600 jobs.

Another of the report’s findings is the fact that the public pension system spends 24,500 million less on pensions for women than for men, despite the fact that women account for 48.4 percent of the total number of pensioners (4.2 million) and receive 51.6 percent of all pensions. This difference is explained, among other reasons, by the amount of the average public pension for women, which is 422 euros less than that for men, 450 euros less in the case of retirement pensions. Among the underlying reasons for this difference, the report underscores the typical career of a woman, which is curtailed not only by motherhood and looking after the children, which to a large extent still falls on women; but also because women suffer more long-term unemployment than men. The report estimates that, because of these factors, the retirement pension of women is reduced by between 10 and 18 percent, depending on qualifications and the number of children.

Finally, the ClosinGap study stresses that the impact of this gap on pensions is compounded by the greater average longevity of women, who live longer than men, yet with poorer health, and must face the years when they are more dependent with lower incomes than men. The cost of assisting those in a situation of dependency increases progressively from 5,000 euros a year — when the person is aged between 65 and 69 — to nearly 20,000 euros when they are over 80 years of age. For women over 85 the cost represents 2.4 times the average figure for a public retirement pension, while, for men, it is just over 1.4 times. These data led to Antonio Huertas affirming during his presentation of the report that “all gender gaps are unacceptable, but the pensions gap is especially harmful to women, given their longevity and even greater healthcare needs.” He also stressed the need to accelerate the reduction of this inequality, “for the sake of individual justice and for the collective need stemming from its impact on the economy.”