We are part of the game. Excitement guaranteed #eSportsMAPFRE 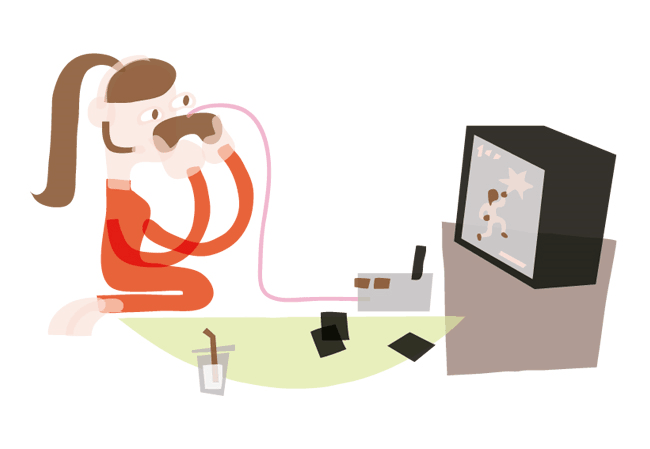 The new 21st century passion can rely on MAPFRE to protect this new ecosystem and everything that surrounds it. This will mark a turning point for this booming sector.

In 2018 eSports (or electronic sports, video games in which players compete against each other over the Internet) drew close to 400 million fans all over the world and the forecast is that, by the year 2020, there will be 600 million people following or participating in this sector. They have enjoyed a growth rate four times greater than the soccer industry and, in 2018, they accumulated a market value of over 900 million dollars, which represents an annual growth of 38 percent with respect to 2017.

Could anyone have imagined these figures? In their wildest dreams, perhaps. We can all believe that the video games world moves a great deal of money. However, when we read that, by the year 2020, it is expected that these electronic sports will generate business in excess of 1.6 billion dollars, we suddenly realize the full extent of the opportunities opened up by this market.

When figures of this magnitude are bandied about for competitions such as the soccer World Cup or Champions League, generally speaking it appears less surprising. What seems evident is that eSports represent a clear opportunity to reach out to the new generations. 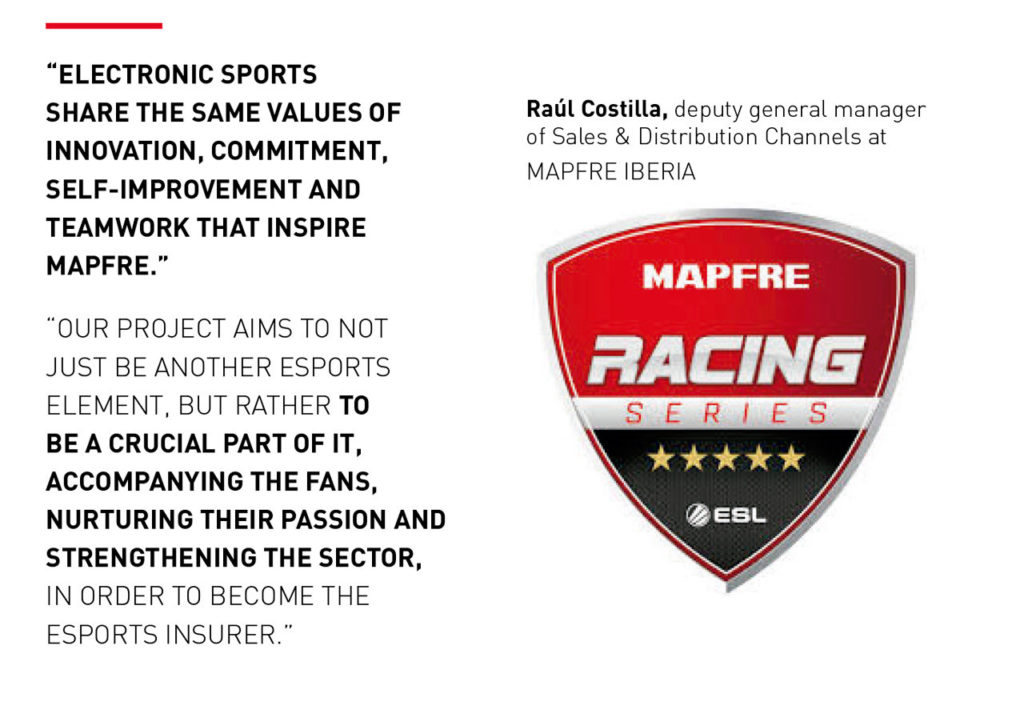 That is one of the reasons why, within the framework of the Madrid Games Week – the only video games and consumer electronics fair in Spain that brings together the major eSports organizations, as well as the leading video game developers – MAPFRE announced its commitment and support for this industry in Spain.

MAPFRE’s commitment to this sector is focused on the leading figures of the eSports ecosystem such as: ESL (Electronic Sports League), the largest independent eSports company in the world; LVP (Professional Video Games League), the largest Spanish-speaking eSports organization which is part of the Spanish audiovisual group MEDIAPRO; and GGTech, the leading eSports competition in the education field. MAPFRE’s commitment, therefore, goes far beyond merely promoting a brand presence; its ultimate goal is to become the eSports insurer.

The eSports world seems limitless and many countries are keen to dominate the sector. For instance, the city of Hangzhou in eastern China recently opened a huge complex exclusively given over to eSports, which has become known as ‘the eSports city’. With an investment to date of two billion yuan ( just over 250 million euros), the venue occupies a total surface area of 17,000 square meters. This new complex will serve as the home facility for the LGD League of Legends team for the coming season of the LoL Pro Series (LPL). 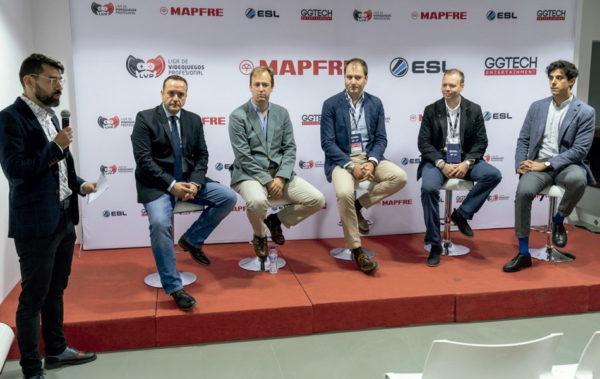 Meanwhile, in Europe, Katowice in Poland hosts the Intel Extreme Masters, the longest established eSports circuit in the world. It was founded in 2007 and, as of today, has held 67 different events which have handed out more than eight and a half million dollars in prize money altogether. For the professional teams, the IEM Katowice is considered the mecca of eSports, given its tremendous repercussion and the enormous sporting prestige winning there entails. Over the years, IEM Katowice has gone on to become a benchmark event for all eSports fans, and is the perfect example of the events ESL organizes throughout the world.

As can be seen, the eSports world seems to know no bounds, so much so that, faced with an ever-changing digital transformation scenario, many companies have opted for organizing eSports experiences with their employees. They believe that video games can be used to train for real-time problemsolving under pressure, while developing skills such as collaboration and team work.

The MAPFRE simulator – SimTruck – with 12 virtual posts was brought to the head offices in Majadahonda for a day, to allow MAPFRE employees to try their hand at being a MAPFRE Racing Series driver. They were thus able to enjoy the rFactor2 experience in ten-minute races, demonstrating their skill at the wheel. It is clear that MAPFRE’s commitment to eSports is a further step in its continuous drive to innovate the insurance industry.

MAPFRE’S commitment to consolidate its position in large cities

MAPFRE’s entry into the eSports world forms part of the Corporate Strategic Initiative for Large Cities, sponsored by José Manuel Inchausti, Territorial CEO of MAPFRE IBERIA. This initiative was designed in order to increase market share in major urban centers, through the development of new sales and customer relationship models, which enable us to position ourselves in the environments and experiences that characterize clients living in large cities. 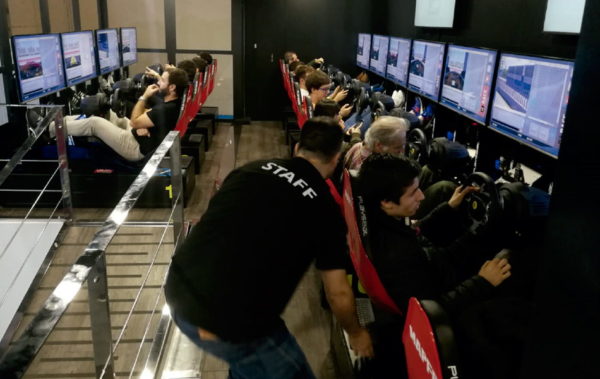 Initially, the strategic initiative is being deployed in Madrid and Barcelona, always on the basis of an exportable model, for subsequent implementation in other large cities in countries where MAPFRE has a presence. In an initial phase, intense work was carried out to identify opportunities and 53 programs affecting four major target audiences were selected: clients, non clients, individuals, and the self-employed and SMEs. Twenty of these are vertical, segment or niche programs, such as High Income & Executives, Foreign Residents, International Mobility, Sports/Wellness/Lifestyle, Gamers, Pets, or SMEs. And 33 are horizontal projects, such as MAPFRE Office Models, Digital Distribution Models or Mass Distribution Platforms. 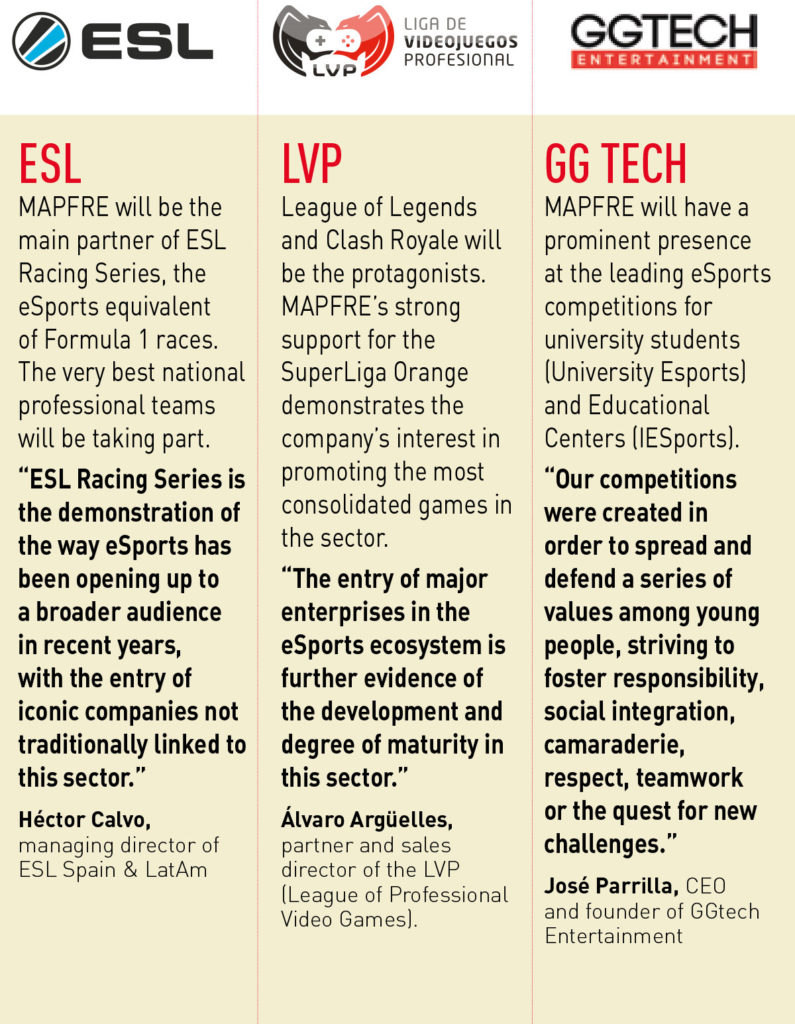