MAPFRE, AT THE FOREFRONT OF SPACE INSURANCE 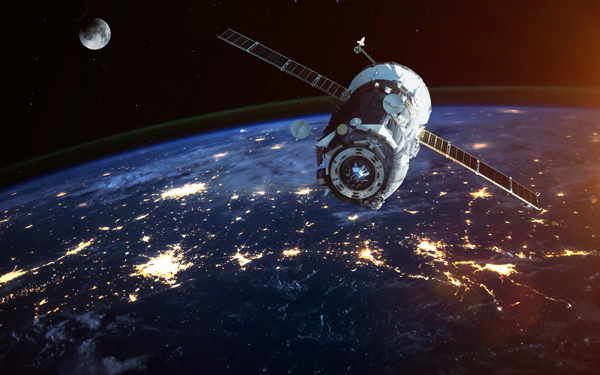 The space industry is steadily developing and is full of opportunities. MAPFRE, through the Aviation and Space Area at MAPFRE GLOBAL RISKS, is at the forefront in this sector. Paola Serrano, manager of this area, offers us more details in this article.

Experts in this sector agree that the satellite industry is steadily developing. In the first few months of this year alone, three satellites have already been launched in Spain: PAZ, the first Spanish observation satellite, by the company Hisdesat; and the AG1 and HISPASAT 1F, both launched by the telecommunications company Hispasat. MAPFRE has participated actively in the insurance programs for all of them, through the Aviation and Space Area of the Global Risks Unit.

It is quite possible that some in our organization are unaware that this MAPFRE unit has extensive experience insuring the satellite industry. Indeed, it is already a benchmark among just 40 companies in the world offering this service and is constantly innovating to deal with the huge raft of challenges posed by space-related ventures.

Paola Serrano, Aviation and Space manager at MAPFRE GLOBAL RISKS, tells us how, in their sector, everyone is talking about the start of a veritable revolution in the space industry, and how this situation represents a great challenge, but also a tremendous opportunity for our company.

As Paola Serrano points out, “MAPFRE created its Aviation & Space Area many years ago, in 1990. You could even say that this area was born at around the same time as the activity itself in Spain, as was the case when the commercial airlines first appeared and our company led the way in aviation insurance programs.”

Later, with the development and marketing of communication satellites in Spain, MAPFRE “started participating actively in space risk policies, beginning with the HISPASAT 1A satellite in 1990, which was later followed by HISPASAT 1B and 1C,” Paola Serrano stresses, and thus went on to become the benchmark insurer in Spain offering
policies to this industry.

In this way, the Aviation and Space Area progressively extended beyond our borders and started participating in programs for a large number of international satellites. This resulted in “MAPFRE positioning itself as one of the leading insurers engaged in offering such insurance worldwide.” 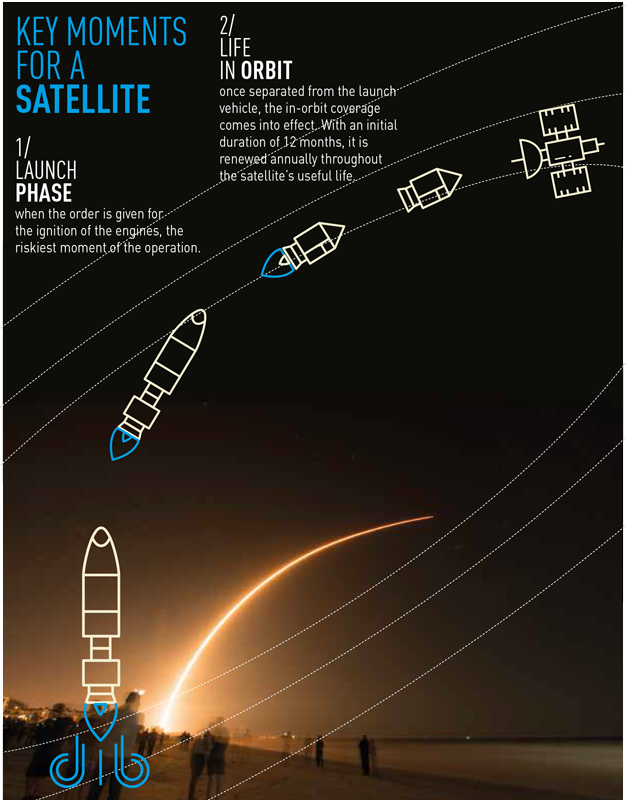 What satellite insurance consists of

There are two critical phases for a satellite, for which there exist two types of coverage: launch and in-orbit insurance. Paola Serrano explains that “in the launch phase, we cover the moment of greatest risk in the operation of a satellite. The duration of this coverage may be just 40 minutes. However, the in-orbit coverage has a duration of 12 months, renewed annually throughout the satellite’s useful life, which is normally 15 years in the case of telecommunications satellites.”

The future of space and market trends

Technological advances have reduced safety issues for this kind of risk. However, the space industry is characterized
by being very expensive and selective. The current trend is for companies to work together on multiple launches of much smaller satellites, something that will help boost this sector.

In this context, there is already talk of commercial space flights in the near future, the creation of private space stations, and the possibility of exploiting the natural resources of asteroids. In general, a huge multi-million dollar industry in which socalled astro-entrepreneurs are already investing.

All of this, according to Paola Serrano, “will give rise to a new business and, for the insurance industry in general and for MAPFRE in particular, that represents an enormous opportunity and a great challenge, as it calls for adapting and keeping up to date with the latest advances, something in which MAPFRE has excelled since its inception.” 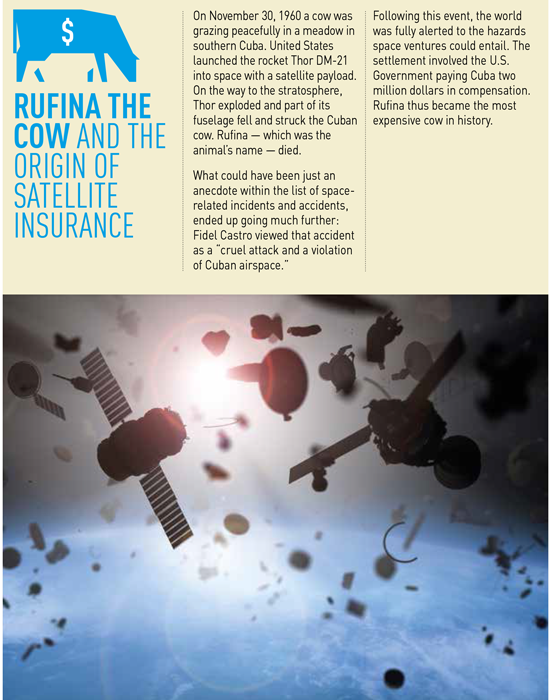