The power of Corporate Communication 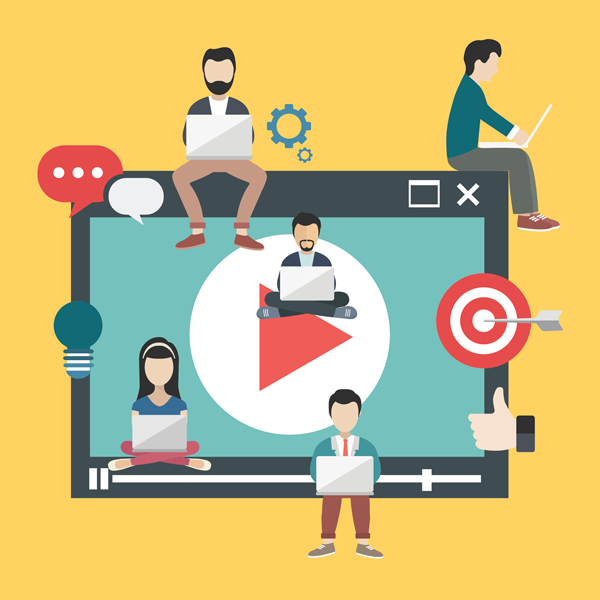 MAPFRE’s Corporate Communication Policy reflects the company’s commitment to effective communication with its stakeholders. It is governed by certain guiding principles outlined in this policy which is aligned with the strategic and business objectives.

That news item about MAPFRE that you read in the press or on the Global Intranet, that corporate video you saw on our YouTube channel or the latest tweet from our company account. These are some examples of the communications from MAPFRE… But, do you know how and who takes care of handling all the information we generate in MAPFRE? All is revealed below.

Communication plays a fundamental role in MAPFRE for both employees and executive managers, but also in relation to customers and society in general. For this reason, the company has a Corporate Communication Policy which reflects its commitment to the relationship with its stakeholders. To reach all its target audiences, the company promotes communication on two major fronts: externally and internally.

Externally, it strives to convey to society as a whole its institutional, business and social project, and link its reputation to its aspiration, this being expressed in its vision of being recognized by its stakeholders as a trustworthy company. Among its objectives is to increase knowledge of MAPFRE in all the markets in which it operates, and safeguard its reputation in all media outlets, thus seeking its enhancement.

Internally, it strives to align the organization with the Group’s institutional, business and social objectives, while engaging everyone in its development. The idea is to achieve a good work environment, which is one of the most highly valued aspects in a company, as well as generate a greater degree of coordination between the different departments.

This will have a positive impact on all areas of the organization and will result in time savings and increased productivity. Communicating via the social networks represents a particular type of direct dialog between the company and society that enables us to monitor – and take advantage of the immediacy of – responses, employing less formal language and more visual contents.

Both of these, external and internal, are coordinated by MAPFRE’s Corporate Communication Division, and are governed by the guiding principles outlined in our corporate policy in this area, namely the following:

• Transparency, as a lever of trust and credibility with all our target audiences. This entails a commitment to furnish adequate, truthful information within the required time.

• Respect, which is reflected in the acceptance of divergent positions among our stakeholders with regard to those of the company; respect for the news media and their editorial criteria; and respect in all communications between MAPFRE personnel, with approachability and openness being the core values.

• Dialog, relates to the capacity for interacting with our stakeholders, with active listening being the key to this relationship, through all the existing mechanisms.

• Integrity, acting with honesty and good faith in the relationship with all our stakeholders. This is mainly reflected in the commitment not to knowingly furnish inaccurate information. Also included within this principle is respect for data confidentiality and non-discrimination of any class.

Due to the immediacy the new technologies bring, organizations have been forced to reinvent themselves in order to connect with their audience. MAPFRE is more dynamic, accessible and communicative than ever, and has numerous official channels for its relationship and external and internal communication with its stakeholders.

There are over 37,000 of us in MAPFRE worldwide, more than 37,000 voices working in unison to convey to society at large the reality of our business project. We all make up a team that is working to achieve a common goal: make known MAPFRE’s operations, work and endeavors. Many people, one single voice.

1. The informative relationship between MAPFRE and the media is exclusively the responsibility of the Corporate Communication Division, which also coordinates both external and internal corporate communication in those countries in which MAPFRE is present.

2. The Corporate Communication Division is the area responsible for managing communication in any crisis situations that might arise within the organization, across all communication channels.

3. When referring to MAPFRE in public statements, the people who work at MAPFRE must conform to the guidelines established for Group communications, in accordance with the vision outlined in the manuals, guides and documents drawn up for this purpose (the Messages Manual, among others).

4. Those people who have a professional relationship with MAPFRE (directors, employees, service providers, distribution network, etc.) must maintain the confidentiality of all information on the company and confine themselves to the public information. Confidential information will be deemed to be any information destined for internal consumption.

5. MAPFRE does not make public comments about the competition and consistently manifests its respect for all other competitors.

6. MAPFRE consistently manifests respect for the institutions in its public activity and will therefore not make any statement or evaluation regarding decisions of a political nature in any of the countries in which it operates.

7. Those people who have a professional relationship with MAPFRE should not speak on behalf of the company on matters that might generate controversy within society, taking into due consideration the cultural particularities of each country. This function corresponds to the official spokespersons appointed in each case by the company.

8. MAPFRE does not provide personal information on its clients, so as to ensure the necessary respect for confidentiality they deserve. This expressly applies to all information related to insurance claims.

9. MAPFRE does not provide personal information about the labor relation with its employees, nor of the circumstances relating to said employment relationship.

10. MAPFRE’s Chief Executive worldwide will be responsible for making any and all relevant announcements that affect the company and for publicly stating its position on those controversial, polemical or political issues deemed opportune, although this function may be delegated.