Economic Research, an important source of economic analysis at the global level 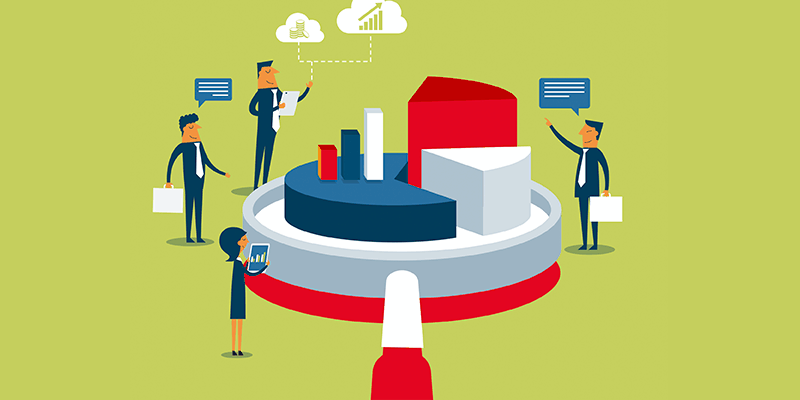 Forecast the long-term economic consequences of our aging societies. Conduct comparative analyses of the different health systems around the world. Predict the economic development of the world as a whole, as well as the leading insurance markets. These are just a few of the aims of the many reports published regularly by MAPFRE Economic Research. As we approach the fourth anniversary of the launch of this institution dedicated to the analysis of public policies on insurance and social protection, macroeconomic developments and the regulation of the insurance industry, we invite you to learn a little more about Economic Research’s function and the people working there.

MAPFRE’s Board of Directors approved the creation of Economic Research in October 2015, with a mandate to focus its work on the following areas of activity:

The person appointed to head this new institution was Manuel Aguilera, an economist of recognized international prestige, chairman of the CNSF (Mexican National Insurance & Securities Commission) for nearly two decades, and someone who has also chaired the Insurance & Private Pensions Committee of the OECD (Organization for Economic Cooperation and Development) and the International of Insurance Supervisors (IAIS).

MAPFRE Economic Research has its own space within MAPFRE’s corporate website and reports directly to the first Vice Chairman, Ignacio Baeza.

It is made up of a team of researchers and analysts with extensive experience and expertise in the fields addressed in their surveys. In these few years, it has already acquired importance and become a catalyst for economic debate, with a desire to influence and comment on the major issues and challenges inherent in different economic policies.

Likewise, MAPFRE Economic Research has used these first few years to gradually introduce itself as an active participant in public debates on matters such as complementary social protection, the role of insurance as an element for the distribution of risk in society, the growth of the economies in which it operates, the overall trends of monetary and financial variables, or the impact of regulation on the insurance and finance sectors.

Among the reports and surveys it produces, and which are published by Fundación MAPFRE, the most notable is the Industry and Economic Outlook. Released at the start of each year, it offers a forecast for economic development worldwide and in all major regions, as well as a map of the greatest risks facing the global economy that year. This report is updated quarterly.

Recently, Economic Research launched a new indicator, GIP-MAPFRE, a global index of insurance potential which aims to gauge the insurance gap at the global level, through the creation of a metric that reveals those markets which offer the greatest insurance potential in the medium and long term. 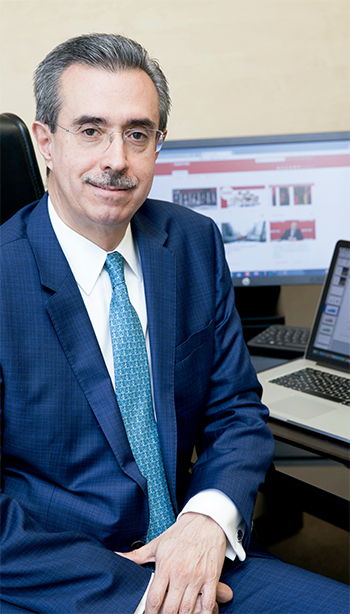 At first glance, our interviewee looks like someone from a movie by Rossellini or Vittorio de Sica. His serious, earnest appearance, thin mustache and exquisite manners of a British gentleman compose an image worthy of the Italian Neorealist period. But, this is not Vittorio Gasman; this is Manuel Aguilera, a Mexican from San Luis Potosí, an internationally renowned economist, who has been leading Economic Research since 2015 and who has a gift: the ability to explain the most convoluted economic questions in a simple, concise, clear fashion.

What was it like heading the National Insurance & Securities Commission for nearly 20 years?
It was a really enriching experience, as it’s very rare indeed that a management period in the public administration coincides with the development of a long-term project. In this case, during my time at the helm of the CNSF (National Insurance & Securities Commission), I was able to assemble a team of outstanding professionals who managed to substantially raise the technical levels of regulation and supervision in the insurance field, implementing a system equivalent to the European Union’s Solvency II model. While the mere existence of better regulation is not sufficient to ensure the healthy development of the insurance industry, I have no doubt that it is indeed a necessary prerequisite for that development to take place on a sound, stable basis. To that extent, I’m confident that the CNSF’s work during that period made a positive contribution to the future of the insurance activity in Mexico.

Are there many differences between the Mexican and Spanish insurance industries?
Yes there are, in the sense that there exist differences in the economic and social development of the two countries. Finally, the rate of expansion of the insurance activity in a society merely reflects the level of development of its economic activity and the way in which that society is able to use the insurance mechanism to compensate for losses arising from the risks it faces. Thus, while Spain has a mature insurance industry with relatively high levels of penetration in the economy, its Mexican counterpart is still at the development stage and has to deal with scant presence in the country’s economic and social activity. Despite this, as regards the dimension of their insurance structure and tradition, both industries share similarities that stem from the cultural proximity between the two nations and which, in many respects, result in Mexico’s insurance industry constantly treating Spain’s insurance activity as the benchmark to be followed.

Did you learn a lot as the chairman of the OECD’s Insurance & Private Pensions Committee?
Unlike the international agencies set up to deal with regulatory and oversight issues that I’ve had the chance to chair (the International Association of Insurance Supervisors and the Latin American Association of Insurance Supervisors), the OECD’s Insurance & Private Pensions Committee is a space for addressing public policy questions. In other words, more than a place for discussing prudent regulatory models that can help preserve the stability and solvency of the markets, this Committee is a discussion forum for analyzing those elements which can shape the future development of the insurance activity. To that extent, in my view, working at the OECD complemented my vision as a regulator and supervisor. It allowed me to participate in many of the discussions on future operational areas within the insurance industry, as well as in the design of public policy instruments that can enable this activity to make an ever-increasing contribution to worldwide economic dynamics and, ultimately, to the benefit of society as a whole.

What was it like moving from senior international public service posts to private enterprise? What made you come to MAPFRE?
My work at the head of Mexico’s regulatory and supervisory body, and in particular its international coordination and collaboration facet, allowed me to come into contact with many insurance professionals around the world, from both the public and private sectors. That’s why I was aware of MAPFRE, not only for its longstanding presence in Mexico, but also because of its international importance. So, I’d say that MAPFRE’s intention to set up an economic analysis department with a strong emphasis on the performance of the insurance industry, coupled with its prestige as a global insurance group, provided the perfect combination for me to accept the invitation to lead this project. The stars all lined up: economic analysis, a subject to which I have devoted an important part of my professional life; the insurance activity, in which I’ve been involved for many years; and MAPFRE, a major business group.

How would you sum up these nearly four years at the head of MAPFRE Economic Research?
I feel the assessment has to be highly positive. Firstly, in just a few years we’ve managed to form a specialized analysis area based not only on bringing in first-class professionals who wished to join our project, but also on taking advantage of the internal talent we’ve identified within the MAPFRE Group. And secondly, we’ve managed to achieve the recognition of MAPFRE Economic Research as one of the leading sources of insurance industry analyses worldwide.

What role does Fundación MAPFRE play in Economic Research’s activity?
Fundación MAPFRE publishes the surveys and reports we produce, and is the principal channel for disseminating our work. Economic Research is an area within the MAPFRE Group’s corporate structure and, as a result, our relationship with Fundación MAPFRE strives to rigorously preserve the separation that must exist between both institutions. Thus, Fundación MAPFRE’s role has been decisive in the progress and accomplishments we’ve achieved to date. The Foundation’s prestige and presence through its comprehensive range of activities has enabled our reports to reach a broad audience interested in an in-depth analysis of the global insurance industry.

How is Economic Research planning to grow over the next few years?
The path we’ve laid out for ourselves is to set the benchmark for economic analyses specifically related to the insurance industry’s performance. To consolidate this aim, we already have a series of highly respected publications, which have enabled us to position ourselves as leaders in this field. For the next few years, our plan is to establish ourselves as the number one when it comes to offering economic analyses of the global insurance industry and, at the same time, expand our capacity for dissemination and participation in forums where Economic Research’s vision will help to further strengthen MAPFRE’s position as a global insurance group.