EMPLOYEES WITH A GIFT 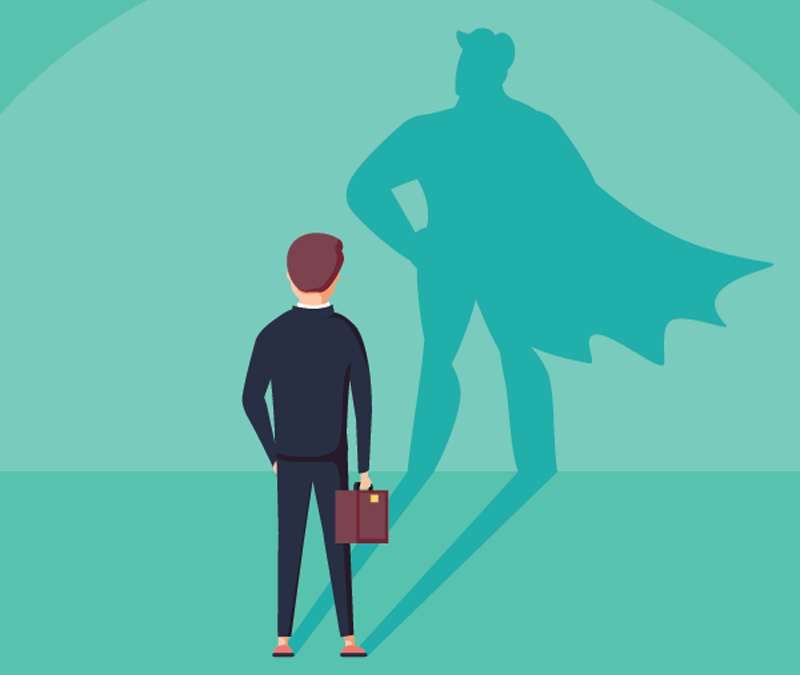 Merve and Gemma spend hours on social media. That is nothing remarkable. But if we were to tell you that our colleagues are a dedicated Instagramer and YouTuber, respectively, and that their interest in gastronomy has led to them building a solid base of followers and generating high-quality content, you will understand why they are the protagonists of this section. In addition, we present Ivan who, through his NGO, helps young people from all over the world to travel and enjoy cultural exchanges. You will be amazed by Victor’s dedication to volcanology, which is undoubtedly one of the most peculiar hobbies we have reported on in this section. These four colleagues have a gift they wish to share with you. It is time to get to know them.

ASSISTANT ACTUARIAL SPECIALIST IN THE TECHNICAL DEPARTMENT AT TURASSIST. TURKEY 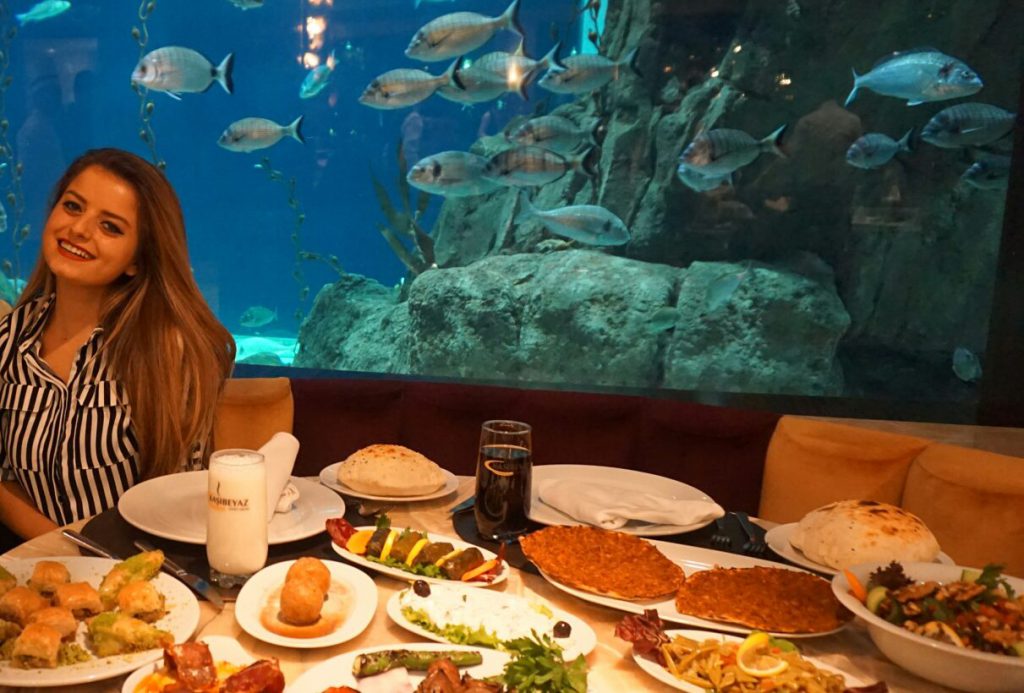 Photography has always been present in Merve’s life. Since she was small, she has enjoyed recording those special moments, but it was only three years ago that she found Instagram was the perfect platform for her artistic expression. At just 22 years of age, what began as a simple hobby has now made her one of the most influential Instagram foodies in Turkey. Her account (@instagurmesi) has around 88,000 followers who wonder each day what culinary delight she will surprise them with in her profile.

Merve works at the Assistance offices in Istanbul. The fact that she can visit new restaurants and meet different people every week is one of the most gratifying features of her hobby. “It has changed me, because I can get to know diverse cultures and lifestyles while discovering food from other countries,” she tells us. Her favorite? Chinese food, although she has also discovered something about her own country, “Turkish cuisine, one of the most varied in the world, has hundreds of different dishes.” Merve is inspired by the mix of cultures and, therefore, she has set herself a challenge: travel the world through each country’s most representative dishes.

But her love of gastronomy is not limited to Instagram, as she sometimes puts her favorite recipes into practice, “I participated in a noodles contest in Shangri-La Bosphorus in Istanbul and I won!” I’m good at both – cooking and eating.”

Our colleague has also been able to turn her hobby into a useful tool for her professional career. “It helps me in my work, as it enables me to imagine new ways of solving problems and how to integrate technology into the business.” These days our colleague’s photos and videos are dedicated to homemade pizzas, kebabs and sushi. She rounds off our meeting with some advice for all those who have not yet decided to take this step of sharing their hobby with others: “Instead of keeping your ideas to yourself, work hard and share them with others. They will follow you.” 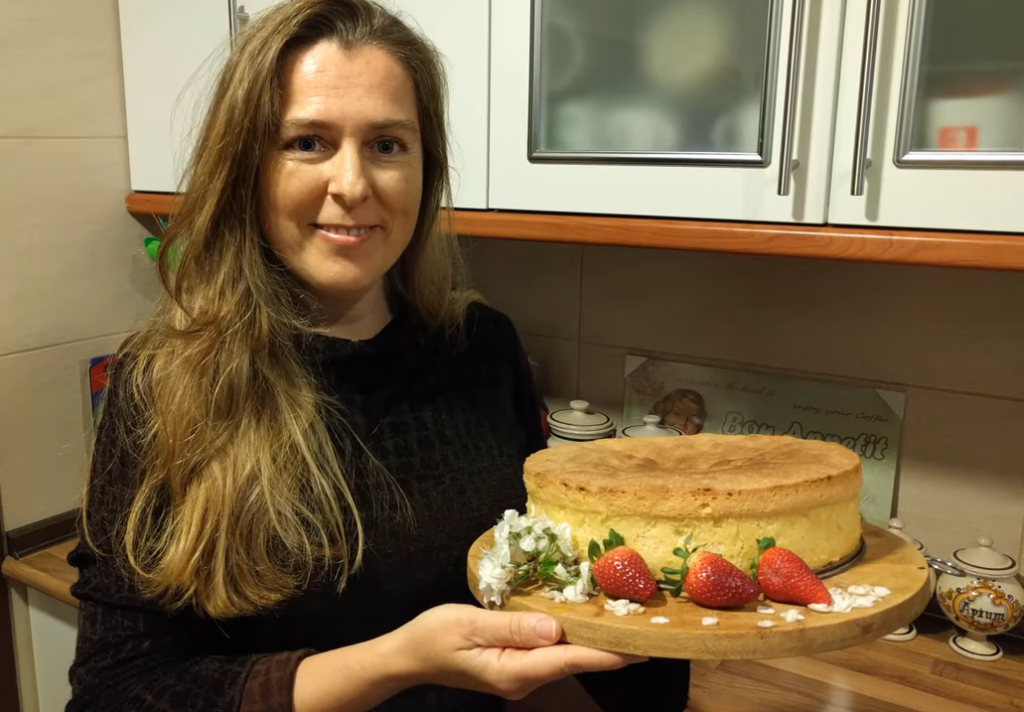 “I create practical recipes that help people simplify things, so they don’t spend the whole evening in the kitchen.” At first sight, Gemma’s gift is simple. However, if we consider that she does this from two different YouTube channels for her 13,500-plus subscribers, what we have here is clearly an example of a Web 3.0 gift.

Two years ago, our colleague created Cocina con Gemma (Cooking with Gemma), a website and YouTube channel for disseminating her passion for the culinary world. The idea of using this platform came about because I used to have recipes listed in notebooks, as I could never remember the exact amounts. “Now, when someone asks me for a recipe, I can tell them, ‘head to Cocina con Gemma and you’ll find step-by-step instructions’.”

Behind the scenes, this hobby entails a laborious process of creating and testing recipes, before recording, editing and publishing the final material.

The best thing? The feedback from her followers, “I go to bed and get up each day with marvelous comments, emails, messages on Facebook, Twitter… from people who like my videos, children who want that birthday cake I posted, or a lady who says my recipe for stuffed bell peppers reminded her of her childhood…”

Gemma finds this hobby helps her learn how to organize herself better, which facilitates her professional development. “Regularly practicing a hobby you enjoy is like taking a vacation, a break from the everyday demands of life. We disconnect from stress and worries, as we undertake a rewarding activity that calls for the development of skills closely linked to our personal growth,” she tells us.

Moreover, her hobby has yielded recognitions of which she is particularly proud: “I received first prize from Dialhogar 2017 for the blog most voted by the public, as well as first prize for a blog in the cooking category.”

And, as if that were not enough, in July this year Gemma created the Cocina Geek channel, which specializes in dishes related to her favorite video game, series, manga and anime characters. In addition, our colleague has her own section in the specialist magazine Gamestribune.

It is not surprising that her natural self-assurance when it comes to teaching cookery has drawn a solid following that has already provided her with some curious moments. For example, when leaving an event organized by YouTube, a couple of girls came up to her asking for a photo and autograph, “it was the first time that it had happened and I was thrilled to meet followers of my channel.”

In conclusion — while we jot down the fruit pudding recipe she has just published — Gemma offers us a recommendation: “By developing a hobby, you’ll have a good time and recharge your batteries; it’s a gift to yourself, you’ll develop your talent and be more motivated, relaxed and happy.” 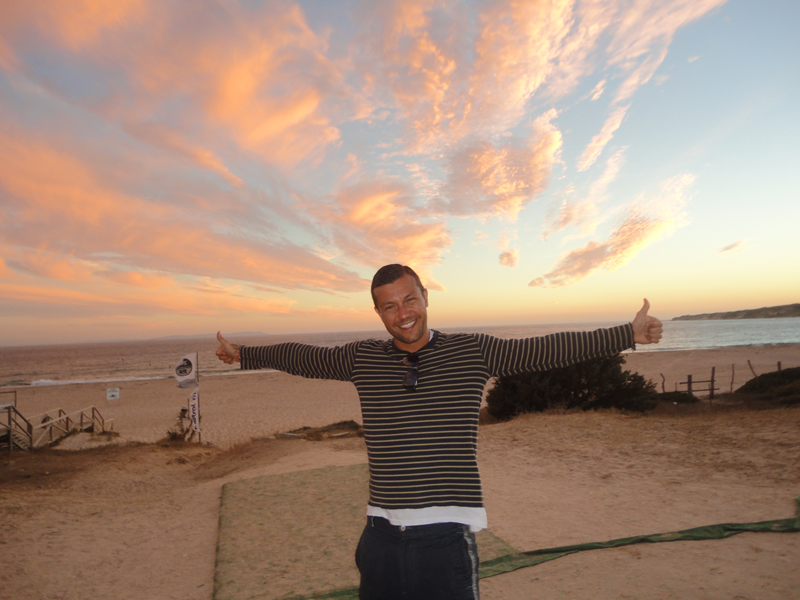 Ivan has always been curious about the world around him. Having been born in a small country like Bulgaria instilled in him the desire to travel and see the rest of the world, to seek out new friendships and, in a certain way, become an ambassador for his country. “When traveling around, it is often the case that I’m the first Bulgarian people have met, so there is greater pressure on me to cause a good impression. On the one hand, you are representing yourself and, on the other, your whole country.”

This is one of the reasons why, 19 years ago, together with a group of friends, he decided to create the OPEN MIND NGO. “As a teenager I experienced Bulgaria’s transition to democracy and our integration into the European Union. We saw the need to help young Bulgarians travel and see the world, and enable others to get to know us.” The prime goal of OPEN MIND is to organize youth exchanges and social projects, most of which are subsidized by European funds or international bodies.

Music, dance, theater, human rights, ecology, sport, education… the categories are as diverse as the projects themselves. “We bring together young people from different countries interested in a particular subject, so that they can see how it is tackled in each of the countries where they come from. Half of the time is devoted to the subject itself, while the rest is given over to the cultural and personal exchange, with the aim of showing the youngsters that, while different, we are all equal! We have very similar aspirations, values and feelings,” Ivan explains.

The road so far has not been easy, especially due to the bureaucratic hurdles encountered throughout the process. But even worse was overcoming inherent fears and combating prejudices. “The greatest reward, without doubt, is having helped over 3,000 young people to venture beyond their country’s borders, open their eyes, and understand and accept the unknown.”

Ivan is an underwriter in London, work that is facilitated by his sideline project: “it has made me more communicative and patient.” He tells us that, in addition, his NGO collaborates with other organizations, thanks in part to the network of professional contacts he has built up over the years. As an example, during his time as chief operating officer at India Assistance in Mumbai, he collaborated with The Bicycle Project, which supplied second-hand bikes to children from remote villages to help them get to school each day. “Through expats and moving companies we contacted, we reached an agreement to fill the empty spaces in the containers used for international moving operations with second-hand bicycles. The bikes came from major European cities where OPEN MIND had contacts and a network to organize the collection work.”

Ivan ends off by expressing a desire: “I dream that one day I’ll be able to organize a social project in collaboration with Fundación MAPFRE, opening up a path toward Asia. It would always be better to go handin- hand with some social work which the local population associates with MAPFRE.” 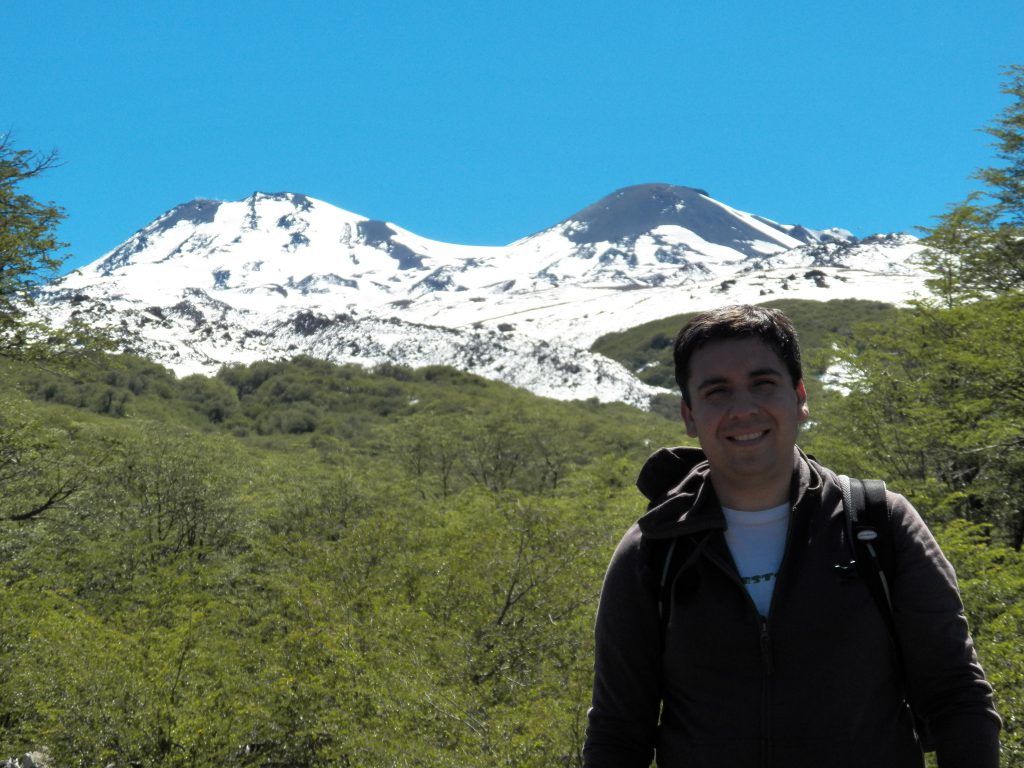 Victor ended up studying engineering, although, ever since he was a child, what really attracted him was science, geology, paleontology and astronomy. It was at the age of ten, during a vacation in southern Chile, when he was able to observe an active volcano — the Villarrica — for the first time. He was so profoundly impressed by this spectacle that he developed a keen interest in volcanology and the Earth Sciences.

When he was 26, he met the volcanologist Werner Keller, who went on to become his mentor on scientific matters. Around that time, together with the Geology student Jorge Romero, he created Volcanes de Chile, acting as project manager, editor and photographer. Many scientific bodies – such as the International Association of Volcanology and Chemistry of the Earth’s Interior (IAVCEI), the Smithsonian Institution’s Global Volcanism Program (GVP), L’Association Volcanologique Europeanne (LAVE), the United States Geological Survey (USGS), and Chilean Universities – have recognized the quality of his work, something that makes our colleague very proud.

In addition, this year Victor launched the Volcanes de Chile foundation, with the prime objective of studying, researching and disseminating the Earth Sciences, with special emphasis on volcanology, bringing knowledge and scientific concepts closer to the public, so as to enhance their comprehension and appreciation. “In an era dominated by the immediate, where work done with passion and dedication is not appreciated, the world needs people who help us comprehend and reflect on matters,” he states.

At MAPFRE CHILE, among other tasks, he is implementing the Integrated Environmental and Energy Management System, work that has been enriched by his interest in volcanology. “Being able to understand, appreciate and observe issues such as climate change has served to strengthen my commitment to achieve the fulfillment of our Environmental Policy, fully appreciating the endeavor and concern demonstrated by MAPFRE in this area.”

Nowadays, for Victor, the most rewarding thing about this hobby is precisely what he pursued as a child: “Continue being fascinated by the beauty and magnitude of these natural phenomena.”