Natural disasters, a challenge for insurance in the 21st century 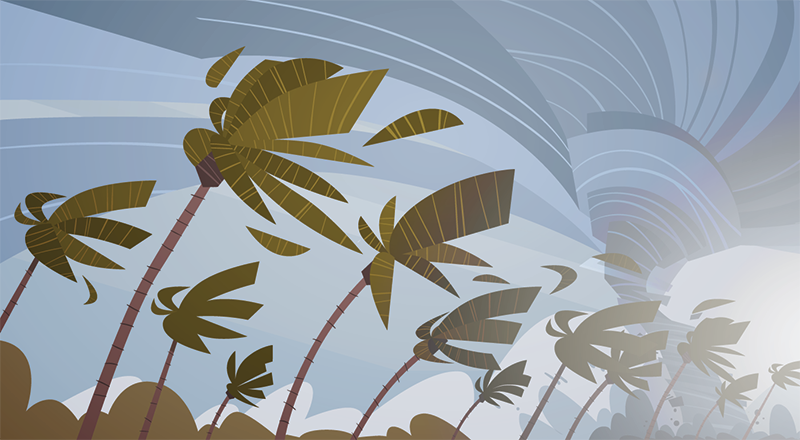 Experts agree that this year’s hurricane season in the Atlantic was the third most active in history. Harvey, Irma, María… These names have become familiar to everyone given the trail of destruction in their wake. This year also saw earthquakes of varying intensity, some very high. How are the insurance companies facing up to this situation? Is it possible to correctly forecast possible losses?

Officially, the hurricane season starts on June 1 and ends on November 30. These dates are generally accepted as marking the period of each year when the vast majority of tropical cyclones form in the Atlantic Ocean.

As well as being one of the most active, this season has been the most intense since 2005 in terms of Accumulated Cyclone Energy (ACE), a measure used to express both the intensity and duration of these storms.

The Natural Hazards Area within MAPFRE RE and the Catastrophic Risk department at MAPFRE GLOBAL RISKS, together with local MAPFRE companies exposed to these hazards, are actively striving to deal with the various challenges posed by the continuous monitoring of this type of events.

ASSESSING THE SEVERITY OF A DISASTER

In order to assess the severity of a disaster, three main elements are taken into account. First of all, the intensity with which the natural hazard manifests itself. If it is a hurricane, we must evaluate the strength of the winds, as well as the subsequent floods, precipitations or storm surge. In the event of an earthquake, variables such as its magnitude and depth, or the fault rupture, are considered.

The second element to note is the disaster area. We must determine its size, whether or not major population centers have been hit, and the degree of insurance penetration in the affected region. And finally, the third element would be vulnerability, namely the degree to which individuals and property within that area are likely to be impacted and sustain damage to a greater or lesser extent.

In addition to coverage in the media, sources such as the alerts issued by both international and national agencies regarding this type of phenomena are consulted, as well as other mobile application tools.

Several national meteorological services and scientific agencies forecast how many storms, hurricanes and major hurricanes (Category 3 or higher on the Saffir-Simpson scale) are expected during the season, and how many tropical cyclones may affect a certain country.

“Detailed knowledge of the exposure to Natural Hazards (known, technically, as catastrophe accumulation management) is essential for any insurer or reinsurer’s operations,” explains Juan Satrústegui, manager of the Natural Hazards Area at MAPFRE RE. “Thanks to this management, prior to the occurrence of any event, scenarios can be defined that enable the cost of possible disaster-related claims to be estimated.

In MAPFRE RE’s Natural Hazards Area, once an incident has occurred, they attempt to anticipate the economic impact it may entail, both for MAPFRE RE and for the group as a whole, employing a range of different methodologies. One of them consists in applying different damage percentages to the insured sums in the affected areas, depending on the intensity of the event, estimating these losses according to the indemnity limits in the contracts. 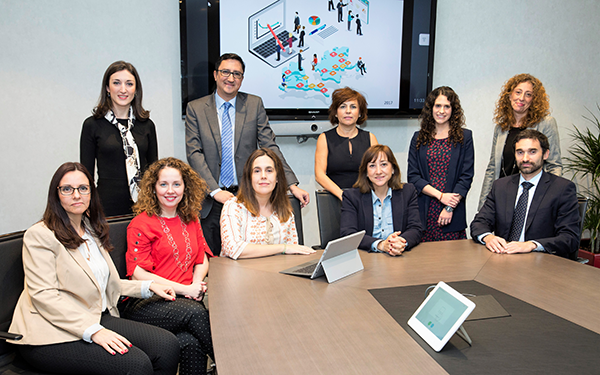 Natural Hazards Area at MAPFRE RE.

The other way is to identify those events most similar to the actual one, from the probabilistic models previously developed, and consult the losses which the model estimated. This is only possible provided that the insured portfolios have been modeled using the various natural disaster Loss Estimation Models available on the market. MAPFRE RE uses models from the companies Risk Management Solutions (RMS) and AIR Worldwide to estimate losses arising from natural disasters.

THE IMPORTANCE OF DISASTER MANAGEMENT

The work involved in the prediction, analysis and continuous monitoring of natural hazards is essential for the correct management of catastrophic risks in the company. Josefina Rodríguez Mondragón, head of the Catastrophic Risk department at MAPFRE GLOBAL RISKS, leads the team responsible for identifying the incident, analyzing it in detail and monitoring areas possibly affected in order to contrast them with the location of the risks.

Once the event has occurred, this department works in close collaboration with the Claims Area, relying on official sources of information, as well as technological tools adapted to suit their needs.

Technology plays a fundamental role in this area’s management: “We work with detailed, centralized databases from which we glean our exposure in more than 200 countries where we have insured risks,” Josefina Rodríguez states.

These databases identify the locations of the affected areas following a catastrophic event and, in just a few hours, a comprehensive list of clients, insured sums and policy conditions can be generated. This list is passed on to the Claims Area, from where the company contacts its policyholders through its underwriting centers. MAPFRE thus fulfills its ultimate goal of being close to its customers when they need us most, responding in the best possible fashion.

“The integration of our information from the moment the policy is taken out is a key element on which we work continuously,” Josefina Rodríguez stresses. For this reason, the Catastrophic Risk Department at MAPFRE GLOBAL RISKS is working on the implementation of an initiative that will facilitate more efficient supervision of the exposure to catastrophes in the 200 countries in which the company currently insures over 600,000 situations of risk.

During the underwriting process itself, the new CAT Platform automatically calculates the level of consumption and verifies the capacity available. To do so, it will be integrated into the Business Underwriting Platform at MAPFRE GLOBAL RISKS, in accordance with the parameters agreed upon with this area. This will also make it possible to obtain a graphic view of the situations of risk insured worldwide and facilitate gaging the catastrophic risks to which the company is exposed in a much more agile fashion.

The automation of the catastrophic exposure management process right from the time of underwriting the risk, the optimization of the response to catastrophic events, and the reduction of the operational risk will be the main advantages of the new platform, providing the company with a major differentiating, strategic edge.

HOW DOES THIS WORK ON THE GROUND?

MAPFRE has historically proved successful when responding to natural disasters. The 2010 earthquake in Chile is one of the clearest examples, with MAPFRE playing an important role in its aftermath. Also in Lorca, Spain, MAPFRE acted swiftly following the earthquake that hit the town in 2011.

More recently, our response in Puerto Rico in the wake of hurricanes Irma and Maria last September, where the channels for filing claims were reinforced and those affected received individualized attention, or in Mexico, after the earthquakes that same month, are further examples of how the Group acts immediately with all the resources at its disposal in order to respond to the needs of its customers.

As an insurance company, MAPFRE is always close to its customers when they most need us. Especially in those difficult, chaotic situations that reign in a region following a major catastrophe. Adequate forecasting of these events, and the correct assessment of the amount of the losses they may cause, prove essential for the management of an insurance company, since this determines the economic impact the company will have to absorb and also the response it can offer its customers.