The senior economy is an opportunity economy

Fundación MAPFRE created the Ageingnomics Research Center to analyze longevity in a positive light, and channel what is known as the “silver economy” toward the creation of opportunities that foster growth and employment generation. At the helm of this Center is Juan Fernandez Palacios, one of Spain’s leading experts in savings, as his whole working life has been dedicated to the analysis and promotion of life insurance. An insurance inspector at first, he has spent most of his career since then in the MAPFRE Group, most recently Managing Director of MAPFRE Vida until the end of 2020. Now, freed from business management duties, he leads this Center with his actuarial vision – essential when talking about saving for the future – and his tremendous capacity for pushing ideas and teams.

Why has Fundación MAPFRE created this Ageingnomics Research Center And why now?
At MAPFRE, we have always felt that increasing longevity, in parallel with improving living condi-tions, constituted a structural change that impacts on most – if not all – sectors of economic acti-vity. When the company, together with the University of Deusto, had already spent several years promoting analyses and events designed to identify these impacts and their economic and social consequences, we confirmed that the phenomenon was on the increase; for this reason, in 2020 it was concluded that what was needed was renewed impetus for the analysis and crea-tion of proposals on aging, further enriched by a more academic approach, and that the most suitable environment for this was within Fundación MAPFRE, given that its objectives include financial education and disseminating insurance culture.

What are its objectives?
The Ageingnomics Research Center aims to project a positive view of the phenomenon of an aging population, helping citizens, businesses and institutions to take advantage of the opportu-nities it has to offer. The goal is to identify and promote economic and social development paths associated with the demographic challenge, from a totally non-profit perspective, hence within Fundación MAPFRE.

What lines of action can you put forward and what is your target audience?
The ones I’ve already mentioned: dissemination, research and support for entrepreneurial pro-jects with a social impact. With our dissemination work, we aim to raise awareness among the general public of the potential of current demographics and help eradicate the paternalistic atti-tude vis-à-vis the elderly. Through the research work we are already undertaking, among other things we will be attempting to gauge the contribution of our senior citizens to the economy and monitor its evolution, as well as examining possible improvements to specific aspects of people’s lives. Finally, through instruments such as the Fundación MAPFRE Social Innovation Awards, we will be encouraging the start-up of entrepreneurial projects and seeking to assist those that have the potential to be economically viable.

What is a senior?
That’s a good question, for which there is no one single answer. Sometimes the term senior is associated with those who have become experts in some profession or activity and are no longer considered juniors, while other times it refers to the elderly in need of care. For us, seniors are those individuals who have reached a mature age, which we feel means, with a degree of flexibi-lity, those over 55 – what has now become known as the gray-haired generation. In turn, we broke that segment down into four main categories: seniors fully integrated into the labor, pro-fessional or business world; those whose situation now involves part-time dedication to these activities; those who have completely ceased these activities, while maintaining good physical health and full personal autonomy; and those who, given their age and health situation, need partial or complete care from other people or institutions.

Where do you feel you should start?
As we said, the first thing is to modify the notion of an age segment that, until recently, was con-sidered already written off; we still see how, in many companies and for various reasons, wor-kers who are over a certain age are constantly passed over. There is a long way to go before se-nior talent in the labor and professional spheres is fully harnessed; to this end, it is important to raise awareness among the social partners, but also for public administrations to take action so as to make retirement a more flexible process, encouraging the continuation of an active life by those individuals who wish to continue working..

What sectors will benefit if we do things properly, as regards opportunities, growth and employment?
Everyone wins, in one way or another, if we do things well and ensure we are ready for this re-volution that entails living longer with a higher quality of life. The senior economy will have an impact on most sectors of activity and it is an economy of opportunities, on both the supply and the demand side. Our senior citizens are already an economic engine; as clearly revealed by one of the Center’s first works, the first Seniors Consumption Barometer, this segment of the popu-lation has considerable purchasing power (55 percent live in households where at least two peo-ple contribute monthly income), 90 percent own their homes, 56 percent have savings capacity and, most important for our country, they boost the tourism sector. The aim is to promote the best possible use of these resources in terms of growth and employment.

How can we finance an economy when one third of its population is retired or semi-retired?
Sustaining demand from this increasingly large sector of the population calls for these people to have ready access to a sufficient level of income. Hence the importance of having robust, sustai-nable pension and retirement savings systems, both public and private, something which re-mains an unresolved issue in Spain. In this area, promoting the virtuous cycle of utilizing pre-viously unexploited resources, with the consequent generation of new sources of income, pre-sents itself as one of the possible solutions with the most immediate effects. In other words, we must ensure that those currently working nowadays are generating savings for the long-term future that awaits them after retirement. 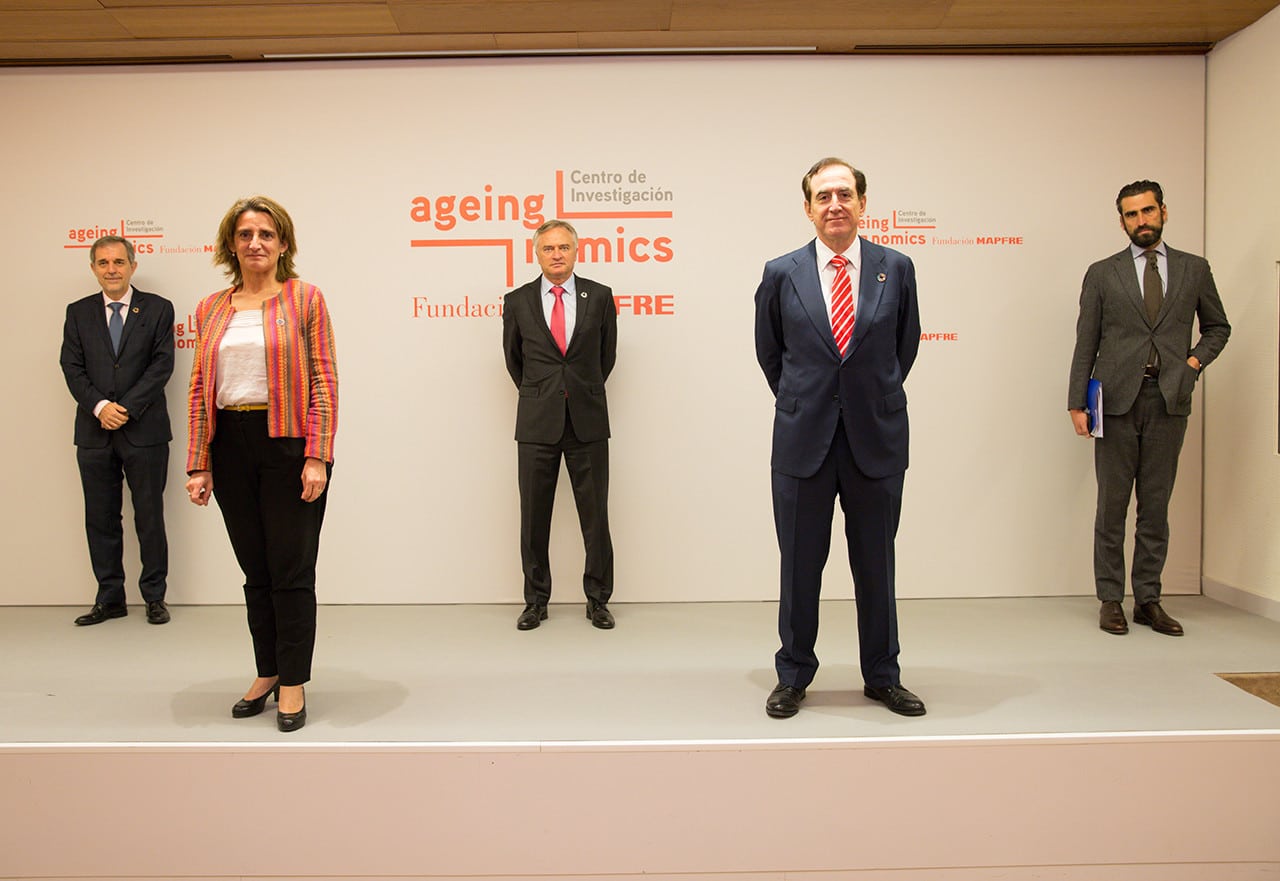 Can longevity be our best natural resource, leading to our becoming the benchmark country for that model of society adapted to suit youthful 70-year-olds?
That’s a really interesting view of things. In a country like ours, with life expectancy among the highest in the world and rising levels of healthy living, unfortunately accompanied by one of the lowest birth rates, the growing mass of senior citizens now becomes a source of wealth, a de-mographic bonus, which we cannot fail to exploit. And it’s not just about making a virtue of ne-cessity, let’s say at the macroeconomic level, but also about providing opportunities for self-fulfillment and development for individuals and families.

Has the pandemic slowed the demographic shift?
The tremendous impact of the pandemic on our older generation will, of necessity, have an ef-fect on survival rates and will undoubtedly have led to a reduction, in statistical terms, in life ex-pectancy figures. However, I’m convinced that this effect will be temporary and will not alter the structural trend toward increased longevity. Moreover, in my opinion, the pandemic helps us to better understand this phenomenon, directly linked to fostering personal hygiene measures and to advances in vaccination, diagnostic methods and the treatment of diseases. The ICUs, respira-tors and medicines available today, together with the rapid development of COVID 19 vaccines, clearly illustrate why we humans have been vanquishing diseases and prolonging life for decades now. 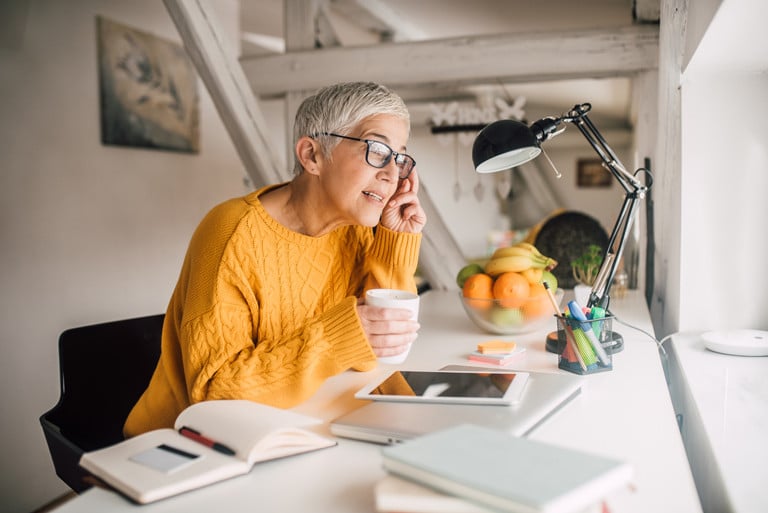 SENIOR ARE A GENERATION WITH PURCHASING POWER, ACTIVE AND HIGHLY TECHNOLOGICAL, THEY TAKE CARE AND ARE A GUARANTEE OF CONSUMPTION IN MOMENTS OF CRISIS

Those over 55, fully integrated into the labor, professional or business world

Those whose situation now involves part-time dedication to these activities

Those who have completely ceased these activities, while maintaining good physical health and full personal autonomy

Those who, given their age and health situation, need partial or complete care from other people or institutions.