Rate this post
Gloria Lomana, Laura Ruiz de Galarreta and Sandra Barneda reflected on equal opportunities in a further edition of Conversations for Leadership, an initiative of the Women’s Leadership Network in MAPFRE.

MAPFRE recently held the second edition of Conversations for Leadership, an initiative promoted by MAPFRE’s Women’s Leadership Network in order to discuss the role of women in various areas within the company, and society in general. On this occasion, the debate, which was attended by over 200 company employees and was streamed live to more than 11,000 employees in Spain, focused on the world of journalism and communication. In order to discuss the issues involved, three prominent journalists were invited to participate: Laura Ruiz de Galarreta, director general of the Vocento Group magazine division; Sandra Barneda, journalist, presenter and writer, and columnist for The Luxonomist; and Gloria Lomana, journalist, presenter and president of 50&50 Gender Leadership Advisory. The event was presented and moderated by Javier Fernández, Head of Corporate Communication at MAPFRE.
In the course of the conversation, the protagonists reflected on the role of the media in gender equality, as well as other relevant topics such as applying gender quotas to ensure proportional representation in enterprises, the need for progress on work-life balance and joint responsibility, and for full collaboration between men and women.

As well as Conversations for Leadership – which will be holding further encounters in 2020 on the role of women in relevant areas, within the framework of the Women’s Leadership Network – other initiatives are also being promoted. These include the In-house Women’s Encounters, whose aim is to share experiences and listen to the voice of women within MAPFRE, so as to identify opportunities for enhancing gender equality, a Female Leadership Development Program, the promotion of STEAM professions among girls, and an active presence in forums.

The meeting was attended by over 200 employees from MAPFRE, and was streamed live over the intranet to nearly 11,000 members of the company’s workforce in Spain

“The important thing is to look to the future and have discussions like this. We’ve started down this road and there’s no turning back.” “The phrase ‘I don’t care about the money, the important thing is to learn’ absolutely applies to women.” “We held a round table discussion on work-life balance with a group of men and the conclusion is that they don’t manage it either. There’s a long way to go yet.” 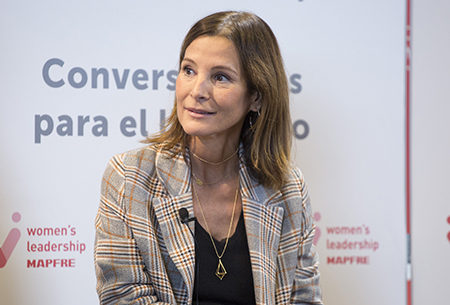 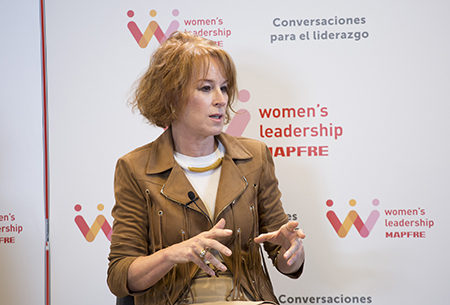 “Over 70 percent of journalism students are female, but this is not reflected later in managerial positions at media outlets.” “For many years the recurring question for a female executive was “how do you balance your work and home life?” “Instead of work-life balance, I prefer to talk about joint responsibility, which is all about sharing our roles equally.”

Sandra Barneda
journalist, presenter and writer. Columnist for The Luxonomist

“To achieve change, it’s vital to apply a proportionality quota for women. Once equality is achieved, the quotas can be removed.” “We women don’t sell ourselves well, we don’t appreciate our true worth and we find it hard to assert ourselves.” “If we share a constructive dialog between men and women, we will understand each other better.” 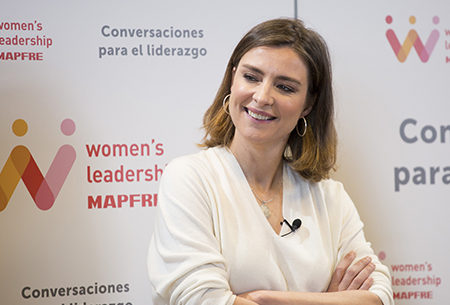