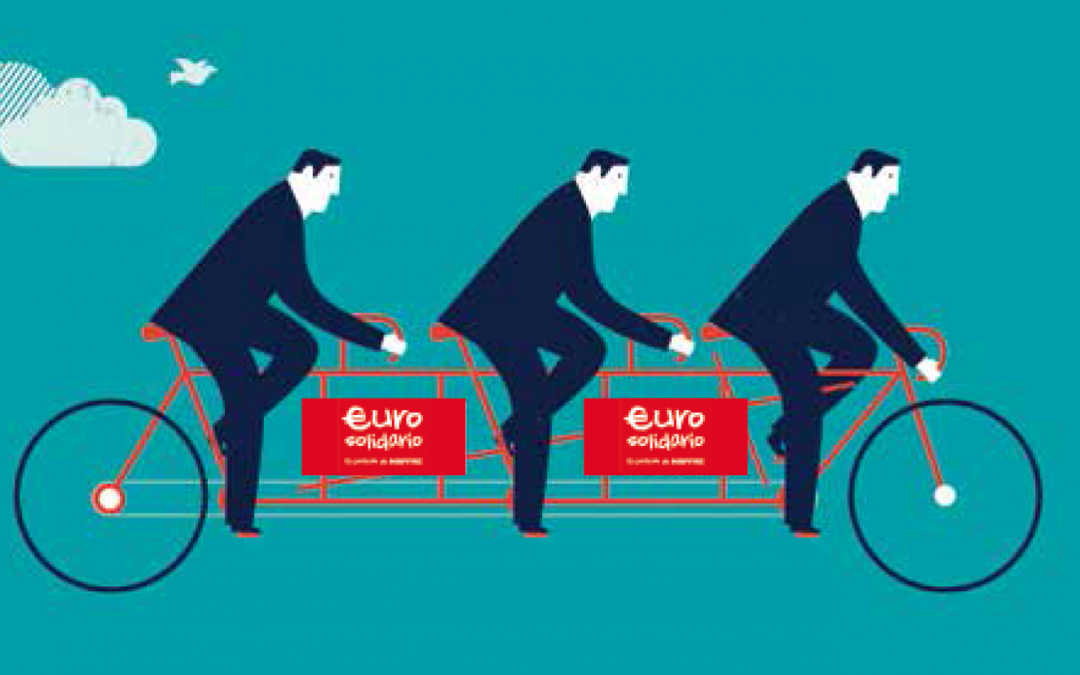 When 1+1 is much more than two

Solidarity Euro: 42 percent of our employees  in Spain sign up

Through the Solidarity Euro project, employees in Spain can donate one euro from their monthly paycheck to further two projects managed by Fundación MAPFRE. For every euro donated, MAPFRE contributes another one. It clearly reflects the company’s commitment to help the most disadvantaged.

MAPFRE launched the Solidarity Euro initiative in Spain last February, whereby employees have the chance to donate one euro from their monthly paycheck, which will go toward improving the lives of people experiencing hardships. For every euro donated, MAPFRE contributes another one, thus doubling the amount. In addition, Fundación MAPFRE helps out with its management, experience and dedication.

We are thus speaking of an initiative born out of the commitment of us all, in which the sum of 1+1 goes much further, with the result that two projects full of hope for many people may be realized. That is why one euro never meant so much. At the close of this edition, over 4,600 employees had already signed up to the Solidarity Euro campaign, which represents 42 percent of the workforce in Spain. We will now explain how it came about.

It was the employees themselves who chose the projects by means of an in-house survey in which over 3,700 people participated. In this survey each employee picked one specific project from a range of five options, focusing on five major lines of action: childhood and youth, soup kitchens, rare diseases, disability and education. A difficult choice, as they were all such ambitious solidarity projects.

The two projects with the most votes in the survey were butterfly skin (rare diseases) and soup kitchens, which ended in a technical tie with both obtaining more than 2,000 votes.

After learning the results of the survey, the employees were able to sign up to the Solidarity Euro initiative via an application on the People Space section of the Global Intranet (Spain). And the reaction was not long in coming.

In just three days, close to 2,000 people had already signed up to the Solidarity Euro, a figure that rose to over 3,000 a week later. In three weeks the number of employees exceeded 4,000 and we have already mentioned the level of participation at the close of this edition. These numbers speak for themselves and it is something that all MAPFRE employees can be proud of.

The Solidarity Euro is a further example of the commitment of MAPFRE and those who make up this company with the most disadvantaged in society. The initiative, promoted by the Corporate Human Resources Area in coordination with Fundación MAPFRE, will continue through December 2017. 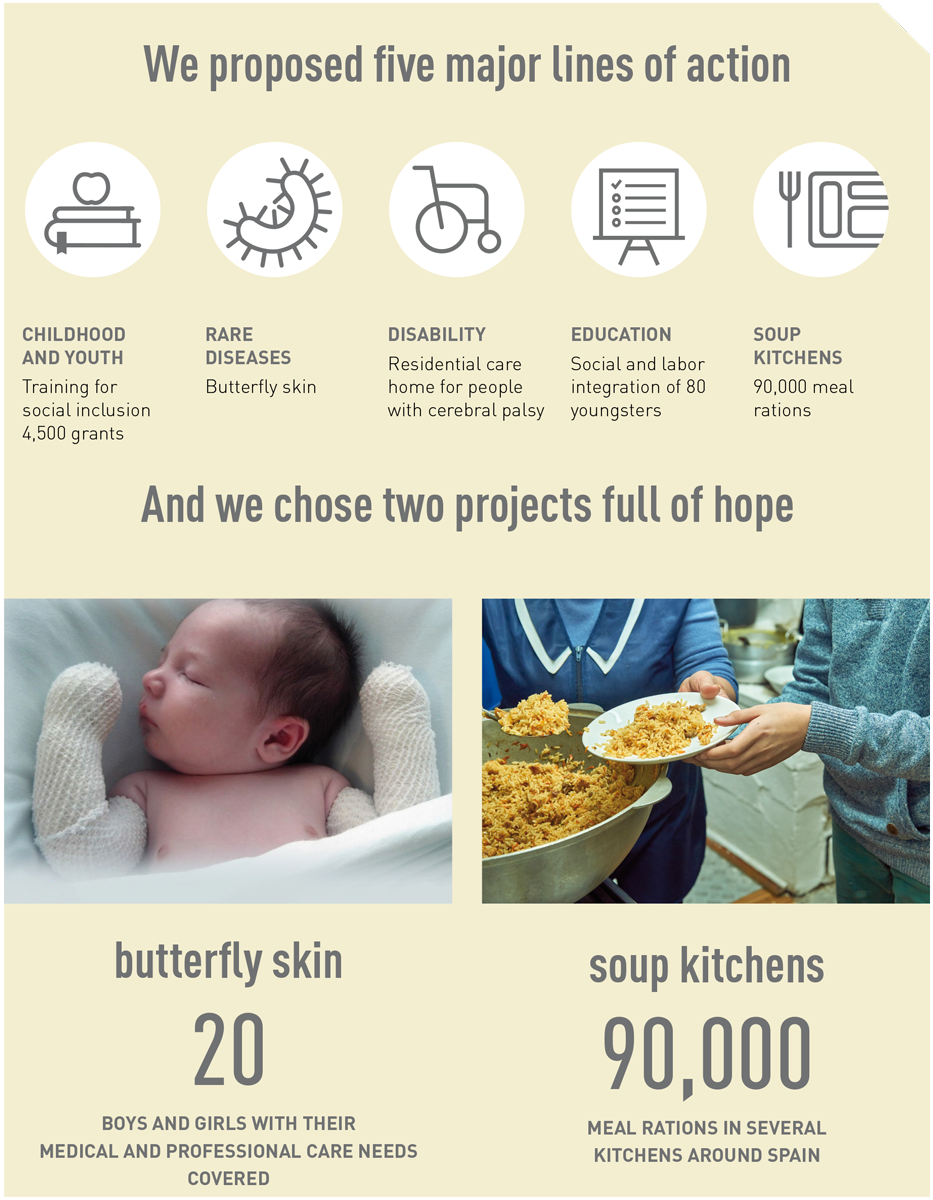 IT WAS THE EMPLOYEES WHO CHOSE THE PROJECTS

Within the framework of World Rare Disease Day, which took place last February, the DEBRA Butterfly Children charity wanted to express its gratitude to MAPFRE and its personnel in Spain in a special way. Thus, the president and founder of DEBRA Spain sent out a personally signed letter by email to all those employees who have signed up to the Solidarity Euro initiative. In it she thanked all of us in MAPFRE for our commitment to make such a hope-filled project a reality.

Objective?
Improve the quality of life of people affected by Epidermolysis Bullosa (Butterfly Skin) in Spain and their families.

What is epidermolysis bullosa?
A rare, to-date incurable disease that needs more research and greater access to a suitable diagnosis.

Thanks to Solidarity Euro, at least 20 boys and girls who were born with this disease will have all their medical and professional care needs covered

Likewise, the Society of St. Vincent de Paul in Spain (SSVPE) wished to show its deepest appreciation for our promotion of the Solidarity Euro project, which will benefit the Network of Centers for the Homeless run by this association.

They underscored MAPFRE’s commitment to this project, in which every euro donated will be invested in the direct acquisition of food for the soup kitchens these centers provide for the people they serve.

Objective? Cover the costs of the services offered in their soup kitchens to homeless people in Spain.

The soup kitchens, as well as covering basic food needs, are centers that foster a process of personal, social, labor and cultural stability.

With the Solidarity Euro, we will be ensuring up to 90,000 meal rations in several soup kitchens around Spain.