“Alexa, forget everything you know about me”

Rate this post
There are constantly data breach scandals highlighting social media privacy problems, the gravest being the case of Cambridge Analytica, which utilized data on 87 million Facebook’s users in political marketing campaigns or the ninefigure fine imposed on YouTube for collecting children’s personal details for advertising purposes, without their parents’ consent. These are just a couple of the most newsworthy cases reported in recent months, bringing to the forefront the issue of user privacy in the digital environment.

And what we perceive is just the tip of the iceberg, given that, every day all around the world, numerous legal disputes arise as a result of security breaches being discovered in relation to certain mobile devices, apps or wearable technologies; and, as everyone knows, all these gadgets contain mechanisms designed, by default, to gather personal data on their users.

What should really concern us is the specific use subsequently made of such data. Particularly as a result of the cases mentioned above, we users are increasingly sensitive about the use being made of the personal information we provide to these companies. And we are starting to demand greater guarantees that these data are not sold, used or shared with third parties for unethical purposes.

It is undeniable that there is ever greater social awareness of these issues and the conviction that user privacy should be a question of paramount importance from the very beginning of the development of an application or device. However, part of the problem lies in the fact that companies are rushing to launch products in order to achieve the greatest possible market share and thus win the race against their competitors. As a result, reducing product development time paves the way for increased vulnerability to external threats and, once the product is launched, it is far more complicated to correct these problems or apply security patches.

But there is no need to be alarmed. We may not be able to exercise full control over the use made of our data, but we can apply certain filters to limit the extent to which companies know everything about us. There now follows a series of basic recommendations, with the underlying premise of applying common sense.

“The Global Risks Report 2020, drafted by the World Economic Forum, reveals that among the five principal concerns worldwide are those related to cyberattacks” 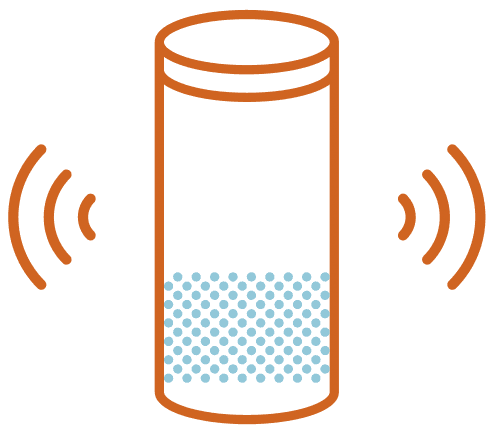 Always keep your smartphone’s operating system up to date. Most devices already notify you automatically about regular updates, although it is recommended that you set up the privacy options manually.

Avoid connecting to public Wi-Fi hotspots. We know it is tempting to connect to a free network, but, if you do, you will be exposing your identity and granting access to your device. If you have no option but to use public Wi-Fi, try using a virtual private network (VPN), preferably a paid service.

Only install applications from an official source. Downloading and installing apps from other sources may cause problems on your device and open a backdoor to various kinds of malware.

In addition, when you install an application, pay close attention to the permissions you are asked to accept. For example, on installing a language translator, if you are prompted for access to your contacts, location or camera, ask yourself if this is logical. If it is not, that app should raise your suspicions.

Create strong passwords. Avoid using the same password for multiple applications. It is also recommended that you change your login details frequently. Use random strings of numbers, uppercase letters and symbols. If you do not feel particularly creative, we recommend the use of platforms such as LastPass or 1Password, which will create and remember all your passwords for you.

On your smart tv

We often forget that these televisions are also connected to the Internet and that, therefore, it is worth being cautious and configuring your security options.

All the major manufacturers keep a record of user behavior and image or voice recognition. This is usually justified with the excuse that it helps them offer a better user experience and continuously enhance the quality of their products. If you do not feel comfortable with this situation, decide what information you wish to share by modifying the diagnostic data options. The place where you can find these options varies according to the make and model of the TV, but they are usually in the Settings and/ or Privacy sections.

Siri, Cortana, Alexa or Google Assistant are already common members of our households, prove very useful and make life easier. Not only can they answer questions or play music, but they also control smart devices compatible with their system, such as video surveillance cameras. However, every time Alexa chooses a song for you, or when you control your home devices with a voice command, the system is storing valuable information about you.

That is why, since its launch in 2014, Amazon’s voice assistant has been at the heart of the controversy raised by the fear that these devices also record, store and analyze private conversations.

However, Amazon is not the only one facing these accusations of permanently listening to us. Google, Apple, Facebook or Microsoft have also admitted listening to recordings made by intelligent voice assistants. As a result, these companies have been launching models on the market with improved privacy options. For example, the new Echo (Amazon) models already include several layers of privacy controls, such as a button that disconnects the listening system. It is even possible to put limits on Alexa by uttering phrases like “delete everything I said today” or “delete what I just said”.

The company has even announced that these privacy features will also be included in other gadgets and wearables that Amazon plans to launch in the near future. Remember that, with all these devices, you will find an option in Settings or My Activity where you can check exactly what data has been gathered and, in most cases, there exists the possibility of eliminating them completely.

The use of wearable technology entails certain inherent security risks, only aggravated by the fact that some of the information stored by these systems is related to the user’s health.

Google’s recent announcement that it was buying Fitbit led to many users expressing their disgust and moving over to the competition, Apple Watch. And all this despite the fact that Fitbit announced it would not sell Google the data it holds of its 28 million users, nor use it for commercial purposes.

So far, portable health devices and smart watches have not been implicated in any major litigation with respect to privacy issues and, as a result, there is no record of any public protests about risks implicit in their use.

Nonetheless, there are some cases that have come to light, given their curious nature and the debate arising from the possibility of using the information stored on these gadgets as evidence for detecting insurance fraud. Given that this wearable technology is sure to be increasingly popular in the coming years, it is recommended that we get used to choosing exactly what data on our physical condition or geolocation we wish to share with others.

Due to the current shortcomings of technological governance and a common regulatory framework, there will continue to be security and privacy risks inherently related to the Internet of Things (IoT). Meanwhile, it is up to us to decide what we want to share in an increasingly connected world and, above all, what risks we are willing to assume.