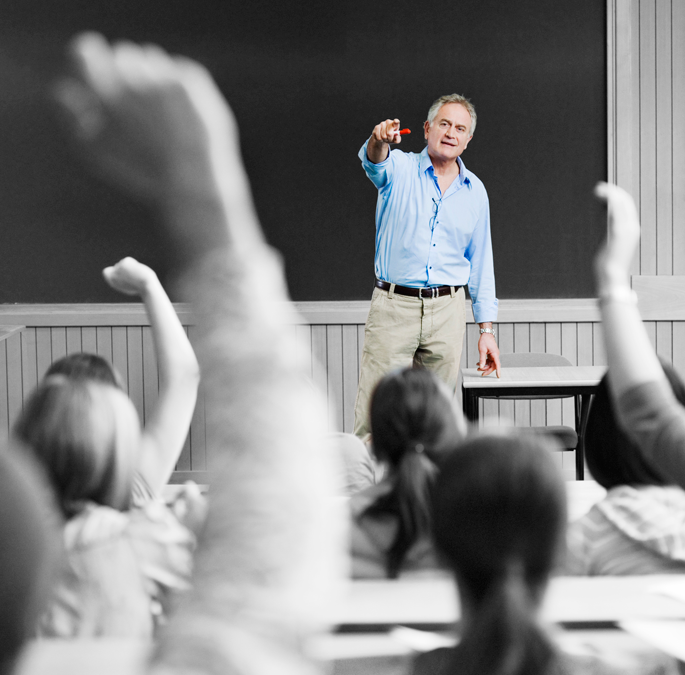 The case study explains the evolution of MAPFRE, a company that was founded as a mutual insurer in 1933 and is now one of the biggest names in the insurance industry. The San Telmo Institute in Seville (Spain) has selected MAPFRE as a case study in its training program, given its leading position in its sector, its unique values and its solid, particular corporate structure, having as it does Fundación MAPFRE as its main shareholder.

The recent crisis has forced companies to rethink many situations and plans. A strategy that was intended primarily for a more optimistic environment, certain expansion objectives that did not envisage such a sharp downturn in the economy – which, in some countries, ended in recession – or the lack of liquidity in the markets all had a highly significant bearing
on the way they should address the future. There were few alternatives if they wanted to survive. This situation is external to the companies themselves and could not be ignored; the companies simply had to adapt.

In this context, MAPFRE, which enjoyed a healthy position in the market and an enviable financial and solvency situation, knew how to react in time, adapt its whole structure and take the necessary measures. It did so gradually and, in some cases, almost imperceptibly, so as to continue being a benchmark company in its sector in every market in which it is present.

This was the initial premise of the “MAPFRE Case: toward profitable growth”, drafted by the San Telmo International Institute in Seville (Spain) in order to be analyzed in the ADEL (Senior Management of Leading Companies) program. The case study explains – without passing judgment, as this is the task of the students – the evolution of MAPFRE, a company that was founded as a mutual insurer in 1933 and is now one of the biggest names in the insurance industry, not just in Spain – where it started out – but also in Latin America and the USA, and which, in other regions such as Europe and Asia, continues consolidating its position.

The MAPFRE case in the ADEL program (in which executives, directors or chairs of small and medium-sized enterprises, mainly in the south of Spain, participated) aims to set an example which other companies can emulate in order to boost their business.

The changes experienced by the market, with customers who increasingly have more means at their disposal for comparing not only prices, but also services, and the possibility of purchasing policies online, accelerated the company’s adoption of the omnichannel model.

The company had always been a multiproduct insurer, but it was necessary to go one step further and offer customers the possibility of deciding themselves how to interact with the company. For some customers the offices become a complementary channel to the telephone or the Internet. This is just one of the examples in this case study.

Adapting to the environment, to a new reality, is essential if a company wants to survive, even more so at a time when changes are occurring at such a dizzying pace. This is an even greater need, when the goal is even more ambitious: continue as the leader where this is the case, and seek a better position in all other markets. This means creating new structures that will make decision-making easier, and enable advantage to be taken of the opportunities offered by each of the 45 countries in which MAPFRE is present.

This is the premise behind the creation of a new structure with regional and territorial areas, designed to achieve an organization with its ear close to the ground and firsthand knowledge of exactly what the circumstances and needs are in each of the countries. In addition, the corporate areas have been reinforced with a view to offering a better service to all of the Group companies, regardless of the country in which they operate, and some new ones have been created, such as Business Support or Business and Clients. The whole situation in the market is new, and so the solutions must also be new. In short, we are being shown the road along which we must head: to be a global company. And all of this is supported by the people, the great asset that has helped MAPFRE become what it is today.

That great asset, our personnel, also includes our management team, people who have developed and grown in MAPFRE, have extensive experience in the company and know it to perfection. The international expansion of the company has enabled many of these officers – including the Chairman and CEO – to gain international experience, thus giving them an even greater understanding of the business.

The company’s corporate governance and its evolution over the past few years, with a significantly reduced board of directors and the incorporation of more women, is another question that the members of this program have analyzed.
Finally, MAPFRE’s Chairman and CEO, Antonio Huertas, joined the students on this program in a working session, in which he explained the company’s vision, how it adapts to an increasingly changeable world, without losing its very essence, while focusing on profitable growth and laying the foundations for the company of the future.

General manager of the San Telmo International Institute and professor of the “MAPFRE case: toward profitable growth”

WHAT IS THE GOAL OF THIS CASE STUDY?


The aim is to serve as a reflection on the future of a leading company in its sector, which has been adapting its business model to the reality and needs of its clients, without losing its corporate culture. It serves to envisage the future of MAPFRE and its challenges, studying the sector and the objectives of its strategic plan. It is a case that covers all areas of governance: business, management structure, professional commitment and institutional set-up. It deals with aspects of management changes, attaining a strategic plan, structural reorganization, moving from a more local management to one coordinated on a more regional and global basis, or the challenges posed by the new trends: digitization, the emergence of new needs, new competitors, new regulations, managing governance through a foundation, maintaining a very strong culture among the younger generations…


WHY DID YOU CHOOSE MAPFRE AS A CASE STUDY?


MAPFRE is a leading company in a sector facing important challenges in the future. It is a company from which much can be learned in several aspects: in business, with its internationalization and positioning; in structure, with all the changes that are making MAPFRE a global company; in people management, for having achieved a team committed to the company, and a series of principles and values that afford it great fortitude, and a particular institutional set-up, with a foundation as its majority shareholder. A whole raft of things can be learned from this case, not just by large companies, but by small and medium-sized enterprises as well.

IS THERE ANYTHING IN THE WAY MAPFRE DEVELOPS ITS BUSINESS THAT COULD SERVE AS AN INSPIRATION TO OTHER COMPANIES?

I’d highlight the strategic plans drawn up over the last two years and the structural changes implemented to build a global company. Likewise, its solvency and client orientation. Finally, the humility, austerity and simplicity of its senior management, and the generosity of the former chairman on quitting the company completely (while obviously remaining at the disposal of his
successor).

HAS YOUR PERCEPTION OF MAPFRE CHANGED AFTER STUDYING THIS CASE?

I’ve always admired MAPFRE as a leading multinational company. Now I’ve been able to comprehend the reasons behind MAPFRE’s success, and I’ve seen that there are also things to be improved, as in all companies. But they are aware of this and are ready to change. Also how the great challenges they face motivate them to overcome them. As their chairman says: the future has to be built with determination.

WHAT HAS SURPRISED YOU ABOUT MAPFRE NOW THAT YOU KNOW THE COMPANY IN GREATER DEPTH?

I was surprised how deep-rooted its culture is. Also the fact that, in recent years, unlike the previous period, it has opted much more for the pursuit of efficiency, rather than seek inorganic growth. I’d known MAPFRE for some time and whatever I studied about it always surprised me positively: the Sistema MAPFRE, internationalization, omnichannel distribution, commitment of its personnel or demutualization. I can now complete this list with the challenges it faces as regards digitization, the structural changes and those on the board of directors, but, above all, its drive and commercial wisdom.

WHAT HAVE YOU GAINED AS A TEACHER FROM THE MAPFRE CASE?

Over my lengthy professional career, I’ve written case studies of leading multinational companies such as Nestlé, which just turned 150, and leading companies in the IBEX 35: Telefónica, Ebro Foods or DIA, and excellent, highly profitable companies in Andalusia, such as Mayoral or Inmobiliaria del Sur. All successful companies with a competitive business model, led by a team of competent, committed executives, with a stable ownership that assists its management team. However, in MAPFRE, I’d underscore how well they have always handled the question of the chairman’s successor, this time opting for a young 48-year-old from its in-house talent pool. I would also highlight how, in the first five years, the new chairman is tackling all of the challenges facing MAPFRE in order to achieve long-term profitable growth. As a professor, I’ve had the privilege of being the author of the case study of a leading company, from which the participants will learn a lot thanks to the generosity of MAPFRE.
TELL US, PLEASE, SOME VIEWS OF THE STUDENTS REGARDING MAPFRE. WHAT SURPRISED THEM THE MOST?

The case study has just been launched within a Senior Management of Leading Companies program, attended by business leaders and senior executives from the best companies in Spain; many participants highlighted the commitment of the personnel and executives working in MAPFRE, and asked the chairman, Antonio Huertas, how they achieved this.

A small gesture like the one we saw at the end of the meal, when the chairman accompanied the territorial director to Granada for a meeting with the sales network, so as to continue working with him, becomes the best tool for achieving this. It is still too early to say, but as I said before, I’m sure the participants will leave with a better image of MAPFRE than they had previously. And they will be able to take some ideas and implement them in the everyday running of their companies.

The challenges facing MAPFRE are the same or similar to those faced by all the rest: digitization, and seeking commitment and talent within the new generations… These are issues that affect us all and which we must confront.